Hello! Remember me? You probably don't, seeing as I haven't contributed a post here for longer than I'd care to admit. But I am still alive, and I wanted to pop by and give you all a motivational message. *nods firmly*

I am a procrastinator, and therefore rarely manage to finish things that aren't important. I finish the stuff that needs to be done, but not so much the stuff that should be done. It's a lifelong habit, and one that I'm never likely to break.

So when I started writing back in - 2004? 2005? - I never really thought that I could ever produce more than a few short stories. Initially I wrote fan fiction. A really bad first one, followed by marginally better ones. I had a place where I posted a number of short stories - no more than a couple of thousand words long - and I had a few longer length stories, which I updated (in)frequently. Now, to understand the severity of my dithering, I will tell you that I only finished four of the longer length stories, and apart from the first one, they all took a couple of years to write. I unfortunately had an equal amount of unfinished works. So my record wasn't that great.

Now, back in 2009, I finally gave in a joined the NaNoWriMo event that everyone was urging me to sign up to. I also started my own blog - and to further demonstrate my procrastinating habit, it is worth noting that in three and a half years, I'm still a couple of posts away from my 300th blog entry. *shifty*

I did finish my NaNo adventure! Which is GOOD!! Though I proceeded to let it collect dust for two whole years, which is BAD. *shifty once more*

You see how my dithering is a problem? But this is supposed to be a motivational post, and this is the bit that I wanted to share with you.

After letting it sit for so long, I went back and tidied up my manuscript. True, I then waited another six months before doing anything with it, but I was on the right track. Back in September last year, I subbed it to a couple of publishers, not expecting anything groundbreaking to happen. I was, of course, correct, and duly heard back from both publishers in January, saying 'thanks, but no thanks'.

So where is this motivational message?? Well, I decided to send out to another four publishers, and if I had the same response, I decided I would overhaul the manuscript before subbing it further. But shock of shocks, I heard back within a couple of weeks, and it was a big fat 'YES'!! This was early in February, and on April 29th, just a few short weeks away, my NaNo baby will be released as an e-book!

Now, you'll notice that I haven't mentioned the title of my book, or any identifying details at all really, because this post isn't about me. Well, technically it is, as I've told you my story (which is, after all, all about me) but I needed to demonstrate the reasoning behind my motivational meanderings. *nods again*

So... never give up, and just keep swimming!

Okay, hands up - how many of you have read a fantasy set in some kind of quasi-European-medieval world?  Given the rampant popularity of series like Lord of the Rings and Game of Thrones, probably nearly everyone who reads any fantasy at all, I'm guessing.  But an interesting new trend has been making its way into English-language fantasy in the past few years, and that's worldbuilding inspired by Asian cultures instead, and I for one find it quite refreshing.  Here are a few titles to whet your appetites - feel free to add more in the comments!

Two linked trilogies set in modern-day Hong Kong with more than a little overlay of mythic gods and demons - weekend escape, check!  Australian national Emma Donahoe is hired as the nanny for motherless 4-year-old Simone - and then all hell breaks loose (okay, okay, not ALL hell, just some of the lesser denizens - at least at first).  With ancient Chinese deities like the White Tiger popping over for tea, martial arts like they've never shown in the movies, and a host of very relatable characters populating the roles, these are highly enjoyable Australian imports that kept me flipping pages well past bedtime.

Durst is an extremely flexible writer (her previous YA title was Drink, Slay, Love - teen vampires AGAIN), and Vessel is set in what feels like a quasi-Mongolian desert society. Liyana is the Goat Clan's chosen representative to host their deity - basically meaning that her mind will die and the goddess possesses her body for the rest of its life.  Nevertheless, she follows all the rituals and preparations, yet when the day arrives, the goddess does not.  Abandoned by her tribe, she is found by a boy whose god DID arrive, who tells her that quite a few of the deities seem to have gone AWOL...  Well-written and highly enjoyable, with a side-plot that seems totally separate until they finally merge.

More Mongolian-inspired scenery here, with a side of the Brothers Grimm. Dashti, a maid from the lower (or "mucker") class, gets herself walled up in a tower with her mistress, Lady Saren, who has refused to marry - well, a jerk, basically.  Their sentence is for seven years, but after they are abandoned and forgotten, Dashti manages to get them out - and then it REALLY gets good.  This is my favourite of Hale's books (and I think I've read them all, save the graphic novels {I just don't do those}), despite it being one of the few standalones.  So very very lovely.  Go read it.

While we're on the fairy-tale thing, how about a Cinderella story set in post-WWIV New Beijing? Except Cinderella is a cyborg, and only one of the stepsisters is horrible, and there are androids and plague and oh yeah, there's a whole society on the moon, and boy are THEY scary...  Yeah.  Try to keep up.  This is projected to be a 4-book series, the first two of which are already out (Cinder and Scarlet), each one based on a different fairy tale but part of the same story arc (Cinderella, Red Riding Hood, Rapunzel, and Snow White, if you're curious).  The worldbuilding is thorough and very believable, the pacing is fast, and even though you know how those fairy tales end, it's a brilliant ride getting there.

It's probably time for a side trip to Korea by now. Kira is niece to the king, bodyguard to her cousin the prince, and generally feared and loathed by the general public for her demon-slaying skills (which no one is really supposed to know about... but everyone knows about).  I really like the premise and the story (with three treasures to find, I'm pretty sure this is going to be a trilogy), but I have to say I wasn't too thrilled with the writing.  The voice was somehow too modern for the setting, and most of the obstacles they faced were overcome a bit too easily for a YA title (Young Reader, okay, but the girl is 17 here).  I'm hoping that gets fixed in the next one, because it's really quite promising, it just fell flat.

Here we have a bit of a mashup of Southern Asia and Eastern Asia, complete with a two-child limit per family and a rather novel solution to the dreaded extra-girls problem (note the sarcasm, please).  Orphaned or unwanted female children are dumped off at the City of a Thousand Dolls, and once assigned to one of six houses, they go about their lives learning what they'll need to know to be wives, apprentices, or what-have-you.  Except for Nisha - she's not a part of any house, but the Matron's assistant, who thinks she'll finally be "Redeemed" and get to leave... except wait, murder mystery time!  I do love it when my favourite genres get mixed, and this one has cats thrown in there too, so yep, right up my alley!

Yeah, I've mentioned this one before, whatever, I LOVE IT.  Here our main mythology is inspired by the twelve signs of the Chinese zodiac, each of which has an energy dragon associated with it.  It's also full of wonderful characters, a hell of a lot of gender-bending, quests and battles and DRAGONS, woo-hoo!  The cripple Eon presents himself as a candidate to be chosen by one of the dragons - except he's a she in disguise, and lo and behold, the Dragon Dragon (aka the Mirror Dragon, who hasn't been seen in centuries) turns up and chooses her.  Cue chaos.  Only two in this "series", but they're amazing.

Hey, the Arabian peninsula is still part of Asia.  We've got ghuls (and the guys who hunt them), we've got thieves, we've got murder and mayhem and snotty royals and - okay, I admit it, I haven't finished this one yet (had to take my roommate out for dinner for her birthday, and I forgot to factor that in to my reading time.  Oops.).  So far, though, I'm really enjoying this tale, even if I do have the "Arabian Nights" song from Disney's Aladdin totally running on repeat through my head now.  The writing is very sensory - after I read the first chapter, I just had to go make myself a mug of chai, so be warned.  Warned is probably not the right word here - it's immersive though, which, when there's a foot of snow on the ground outside and a desert in the pages, is just fine with me!

Okay, I admit I haven't read this one yet, but I'm adding it on the strong recommendation of a trusted friend.  Besides, Japanese steampunk?  Yes please!  It starts off with a pretty polluted Japan (which is weird right off the bat), there appears to be some kind of griffin-like creature, and a kick-ass 16-year-old heroine.  Yep, sounds good to me, sign me up!  Erm, after I finish the previous one on this list.  So I got a little over-ambitious, what else is new?
Posted by ViolaNut at 12:00 PM 3 comments

So, I  don't feel comfortable giving writing advice to our readers who are already established authors. I am a fledgling writer and still need more development in organizing my thoughts into a cohesive, coherent and sophisticated fictional tale.  However, I decided to go the other route.  No descriptive paragraphs.  Just pictures.  Just dreams.  Weaving dreams. 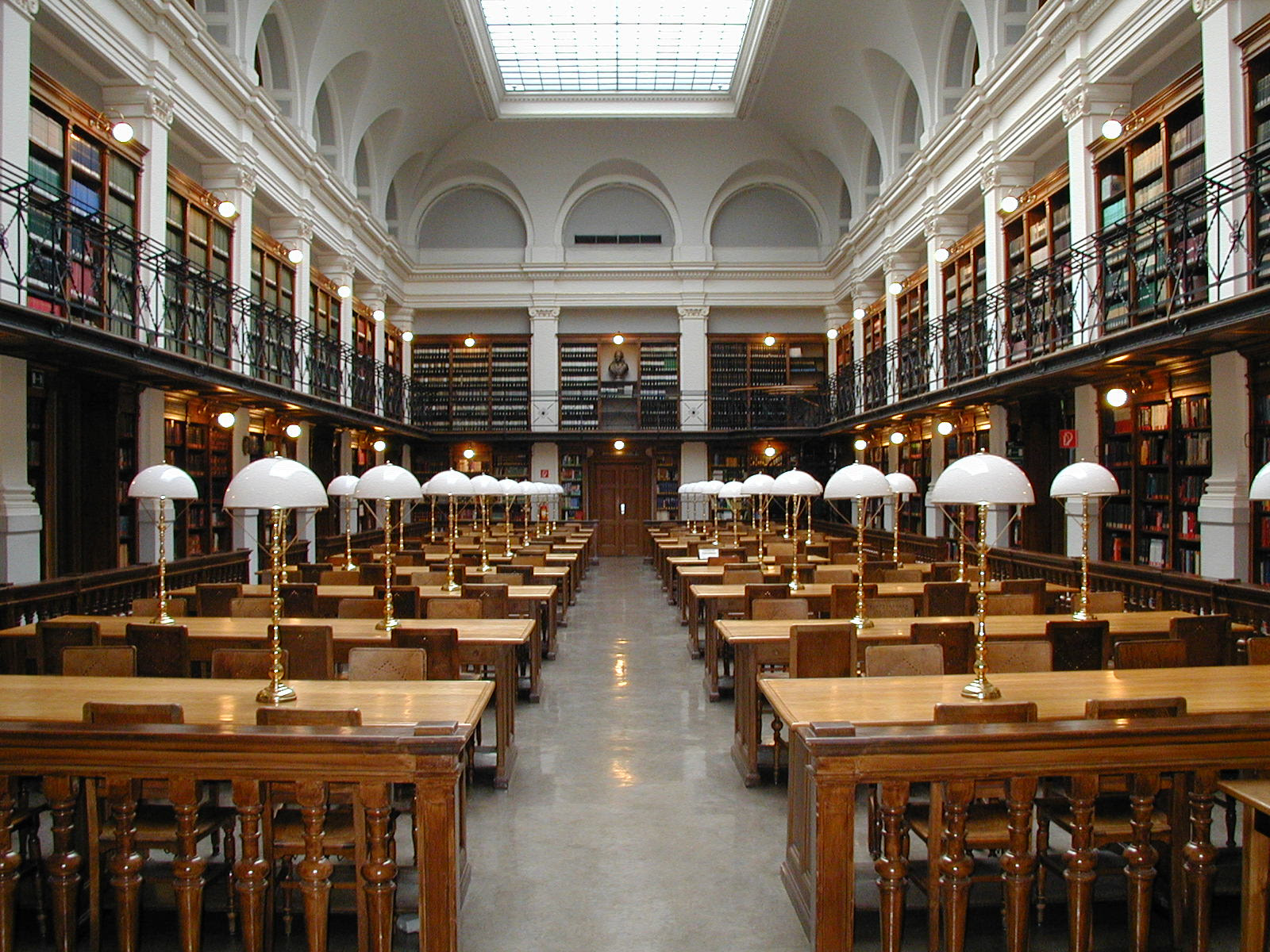 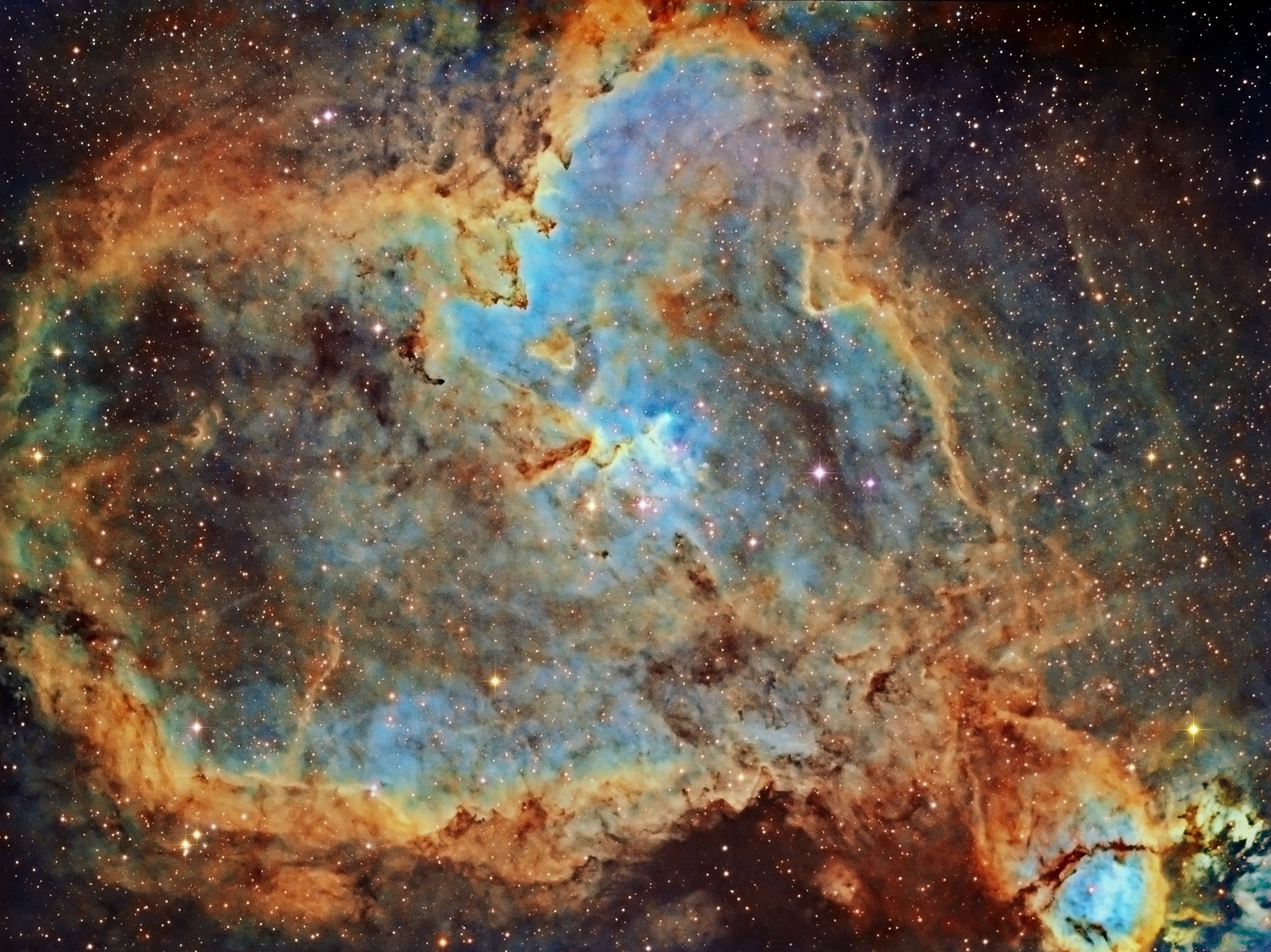 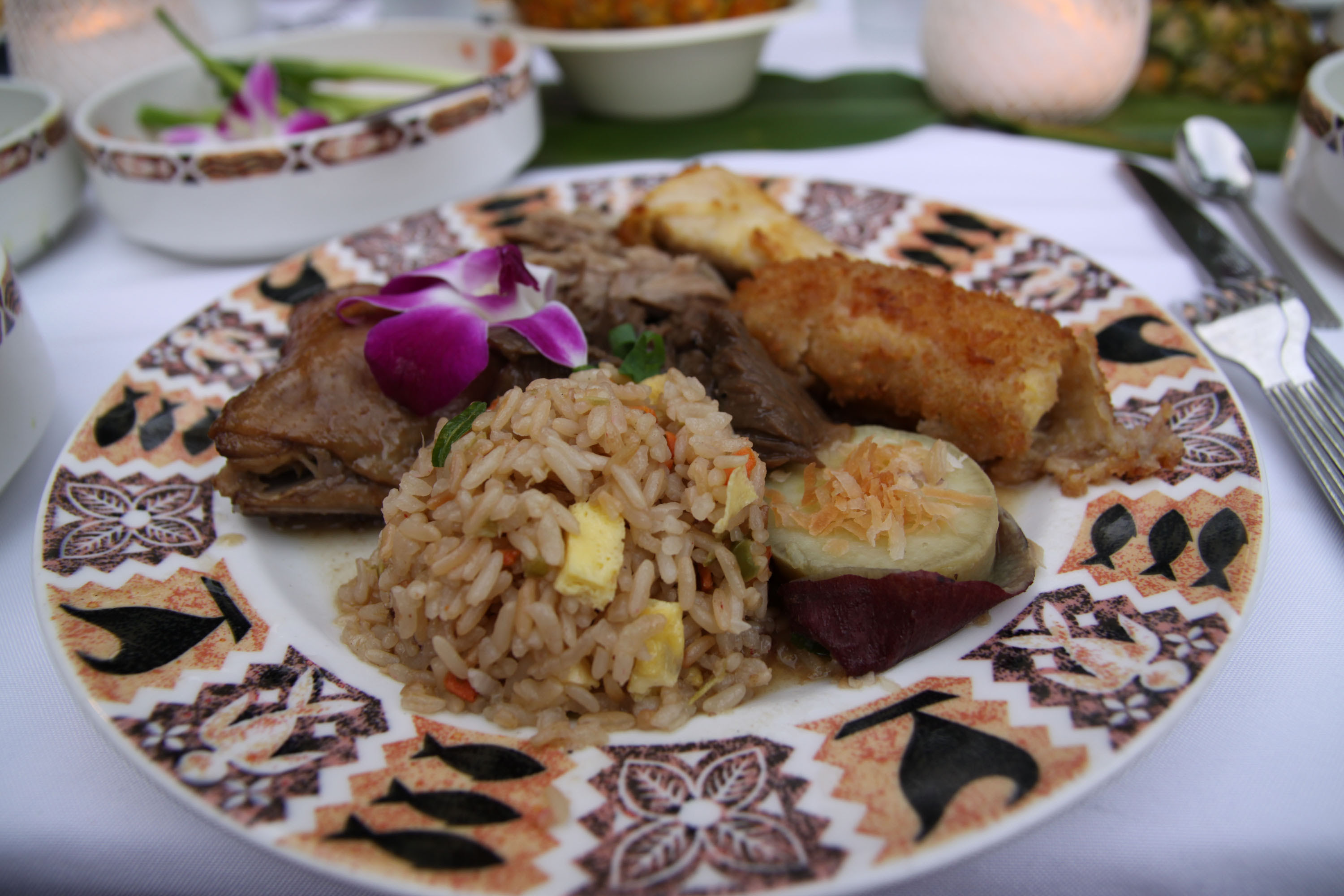 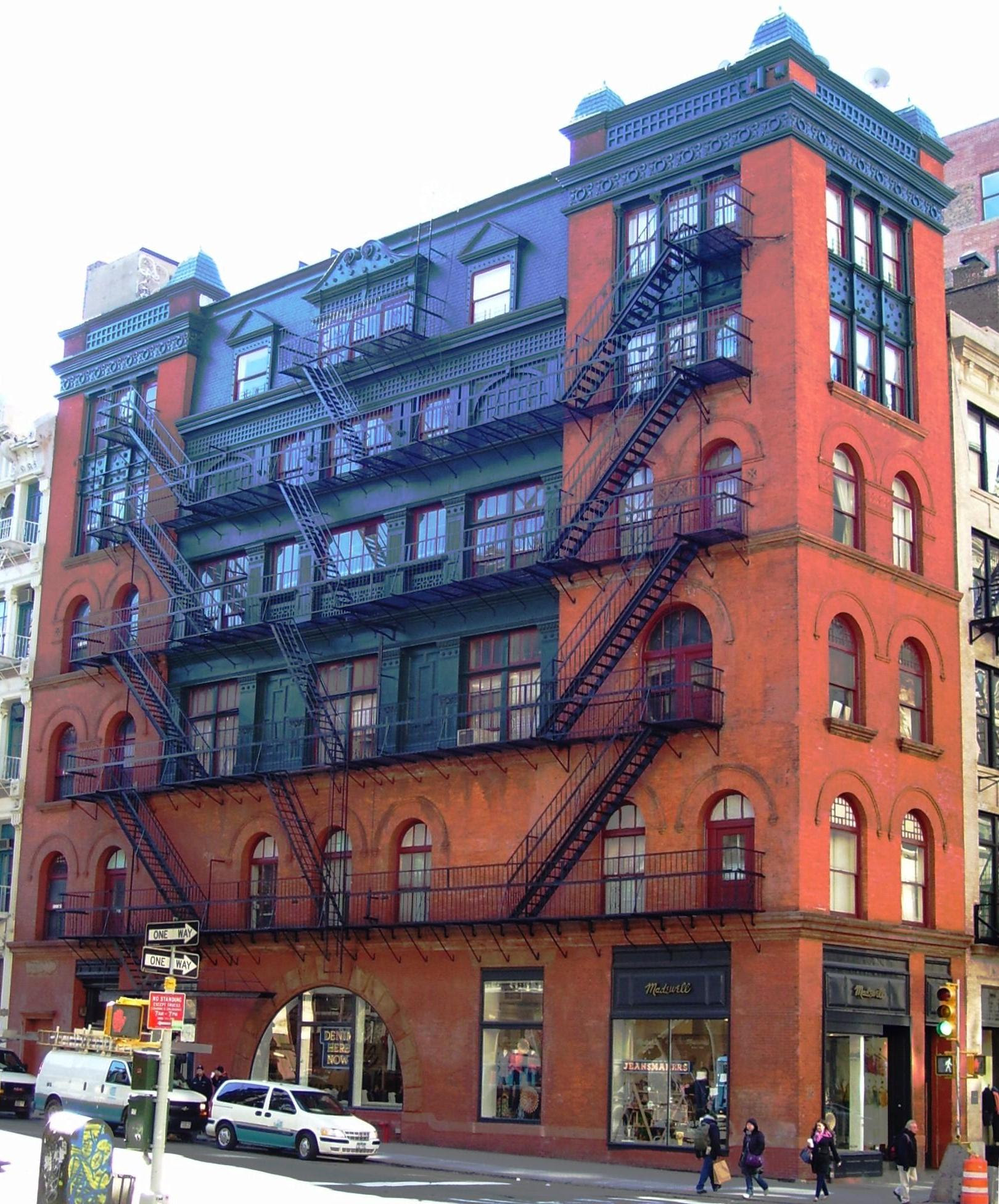 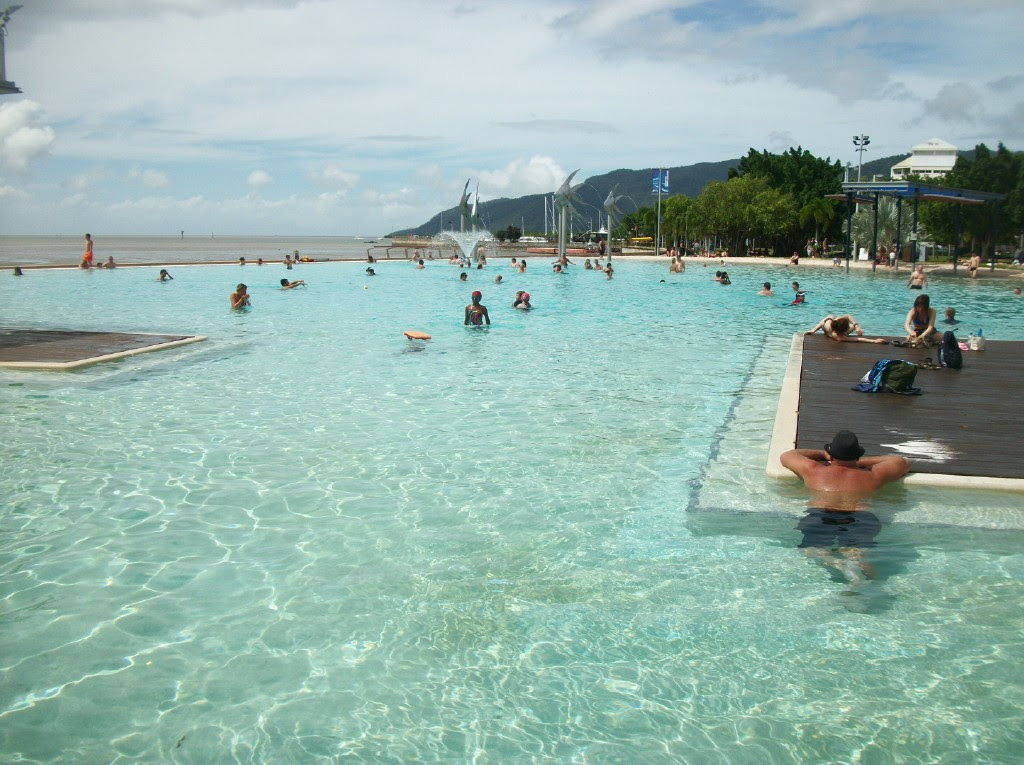