Who Am I? Fridays: Macombs Park 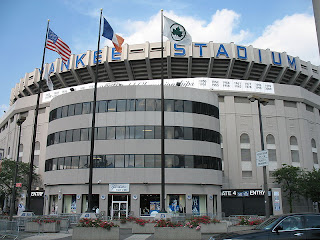 It is amazing how with technology, like Google Maps, I was able to see the vast changes made in my old neighborhood, Bronx, NY. There are still no trees on my old block, but then again, I didn't think the City of New York would think this a necessary part of a building-lined street. I once lived around the corner from The Kent Theater where you could see two movies for $5.00. It is now a 99 cents store. The corner Spanish restaurant is gone and is now a Kentucky Fried Chicken joint. These modifications are not what alarm me. I expected the neighborhood to change. What I found absolutely mind-boggling was the eradication of the old Macombs Dam Park. This was a park that contained a track and field. It was a place for local public schools to hold their field day races. It was a valuable resource to a community that had suffered from the lack thereof. Yes, the city officials have promised a new improved park over the Yankee Stadium parking lot but these parks have yet to be available to the public. 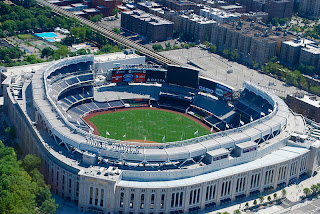 The new Yankee Stadium
I literally cried when it was announced on the news that Macombs Dam Park would be the location of the new Yankee Stadium. I was like, "What the flagnog!!!!! What's wrong with the old Yankee Stadium?" However, the capital dollar gets its way and now the people of the community suffer so that out-of-towners can reap the benefit of overpriced baseball tickets. Perhaps this little story can give those individuals a little perspective . . . 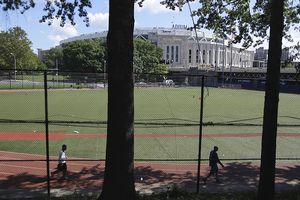 This is the old Macombs Dam Park with the old Yankee Stadium in the background.
May 1984


It was a warm spring morning. The birds were chirping, or cooing as we mainly have gray pigeons in New York City, and life was promising. Today was . . . wait for it . . . Field Day!!!!! Oh yeah! The entire fifth grade class had a field trip to Macombs Dam Park which meant no school work for the day. I put on my denim stone-washed shorts, navy and white Pro Keds sneakers (equivalent of Converses) and my cute little "Relax, Don't Do It" white and neon pink T-shirt. I didn't know what the meaning of the message until several years later. My hair was a mass of curls with at least five vats of hair gel. I went to the bodega (Spanish grocery store) and got my lunch which was composed of a ham and cheese hero (slathered in mayonnaise), a bag of potato chips and a can of Pepsi.


Once at school, we handed in our permission slips and walked out of the school. Picture this: an entire fifth grade student body traipsing through the streets of the Bronx for approximately half a mile. The teachers were frazzled, the students excited and me . . . well, I got to be partners with this cute guy I liked! I felt like singing like Julie Andrews in The Sound of Music (which happened to be my favorite musical at the time). It was turning out to be an awesome day.


At the park, we congregated at the bleachers next to the track. There were several events for field day. There were relay races, 100- and 200-meter dashes, broad jumps, and my least favorite, the hurdles. It was nerve-wracking having to wait for each event. There were at least 150 students present and 10 teachers. 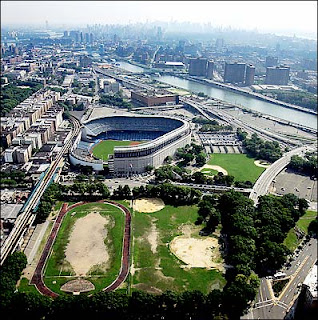 I remember waiting with my friends by the fence behind the bleachers. A jogger had left his fanny pack on the grass.


"Yeah, come on," encouraged another.


I followed, knowing that this was wrong. You know when that little voice inside your head that tells you to do what's right and you don't really listen? This was one of those moments. My friends took money from the pack and ran off. I stood there frozen, not knowing what to do. I bent down to reach into the pack. There was a five dollar bill sticking out.


"Ah- Ah," said a man on the other side of the fence, shaking his head.


I jumped up and dropped the five dollars. I looked at the man (who I really wish I could thank today) and ran. By this time, the jogger had returned and saw me running from the crime scene. He approached my teacher, Ms. Miller, and told her of the missing money. I was searched but no money was found on me. I was interrogated but refused to give up the names of my accomplices. There is a code in the 'hood that "snitches get stitches," so I didn't reveal any information and took the full blame. My mother was called and I feared to go home that afternoon.

Although I have these bittersweet memories, the places where these memories occurred have become far and few. I feel a sadness when "virtual walking" through the old neighborhood. It is one of the reasons why I don't go back. Too much has changed in too little time and I don't know if this old soul can handle it. I suppose that I am becoming something of a relic myself, just like The Kent Theater and Macombs Park.

Email ThisBlogThis!Share to TwitterShare to FacebookShare to Pinterest
Labels: Bronx, Chary Johnson, Childhood, Macombs Park, Memories, Who am I? Friday

Your pictures were the first time I've ever seen Yankee Stadium. I wish I'd grown up somewhere interesting instead of Idaho Falls frickin Idaho.

Oh Chary-this was great! I can totally see you with your mixed and confused feelings on the matter. I want to hug you! And I also hear you on the bitterness over change that isn't necessary, and for which resource-poor people are stuck with the burden.

It's funny but when you live in a place for so long, you tend to take things for granted. I have never been to the Statue of Liberty and I can see it from my apartment window. It's a shame really.

So now I'm interested in what Idaho Falls has to offer. Unfortunately, I have never been to Idaho. :(

Thanks. I was at a crossroads and I chose the wrong path. I do really wish I could thank that man who stopped me from stealing the five dollars, if he's even still alive.

The poor always suffer and now that there is practically no middle class, the number of poor has increased, but the resources for us keep dwindling.

Yeah, it was a fanny pack. I suppose that was in style back in 1984, but I agree, it should never have been fashionable at all to wear one.

Chary, first of all you are too young to be a relic. (perhaps only in the eyes of a four year old!). I loved the contrast of Macombs then and now and your very sweet remembrances. I could see you and feel the freedom in your steps as you walked that day. This is a really nice piece.

I love these flashes you sometimes give us of a New York I have only seen in movies and television shows. Though you give the movies tough competition in showing "what it was really like". In fact, I don't think you're actually giving them competition, you're sweeping them off the field. More, more!

It's funny but as I "walk" through the old neighborhood, I really do feel old. Everything that was familiar is either gone or has been remodeled by big business.
It was a simpler time back in the 70's and 80's. It was intense also though.

It seems like I lived in a time of abandoned buildings filled with squatters, rampant drug use and overwhelming poverty. The only difference now is that the big store chains are prominent instead of delapidated buildings.

Thanks for making an old girl feel young though.

Thanks for such a wonderful compliment. I think the difference between my writing and "Hollywood" is that I lived it and can place the raw emotions behind the good and the bad. Thanks so much.