[And yes, I'm aware of the tilty shifty thing and thirteenth probable sign. My thinking is THIS though. Over many centuries, trait clusters have been observed... those still exists. Maybe not related to the zodiac animal we thought, but they are there, so I like it as a tool ANYWAY].
So three of us Burrowers have birthdays three days in a row the 4th week of June. Jason is the 22nd, I am the 23rd, and Rayna is the 24th. (We also have writer friends Leigh, the 24th, and Erica the 25th) We three are not necessarily the most 'like' of our bunch (Tara shares my dirty mind (and oddly, uber tolerant kindness—I think they go together), Cruella my humor and Leanne my taste in furry animals—Chary and I probably have the most common lives. Jan is what I'm shooting for when I am a little more enlightened...) but there is something about that 4th week in June... that Cancer on the cusp of Gemini that gives a sort of common ground in perception and approach... a nearly instant recognition that with others sometimes takes a long time to form.

Rayna and I discovered this quite naturally. We were on the same discussion thread back in the Half Blood Prince era of Harry Potter and were discussing the motivations of characters... and we ALWAYS saw it the same. Having the same exact attributional patterns as someone is sort of a strange thing... especially when that person lives halfway across the world. It didn't take long to recognize. It was the Delusional Thursday thing that finally started the conversation that enlighted us that we were both born the 4th Thursday in June...

Now some of you may not know this, but I've had an Astrological HOBBY that started around my first pregnancy. I would never use Astrology to guide my behaviors, but I adore it as an explanation for why people behave certain ways. I know some people who don't fit their profiles at all (though usually, for those few, their Chinese signs take over and fit overly well... don't believe me? Look up Fire Pig and you will find a picture of my mother—that is not to say anything about LITERAL pig—she is NOT, but that personality profile is DEAD ON—so on, that when I showed my stepdad, he couldn't stop laughing)... but I digress (and there was much rejoicing).

So I thought it might be fun, since you are supposedly getting to know me a little, to go through it Astrologically.


Cancer on the Cusp of Gemini

This constellation in other cultures has sometimes been a turtle... same thing applies, maybe more so. Crusty on the outside, soft in the center... we can seem tough as nails, but feel every emotion. Cancer, ruled by the moon, is most like the tide. A single wave, with some help, can do quite a lot of damage, as we saw in Japan, but that is not a MOON wave. The moon waves, one after the other, however... are what changes the shape of continents... one wave at a time. You see, persistence is my very strongest trait (not unrelated to stubbornness...) the crab will lose a claw before it lets go... but has the resilience VERY unusual in life, that it can grow a new one... this too, is fitting.

I think this need to seem tough, but feeling it all powerfully can be a powerful tool for a writer (or a crazy person). Fortunately, the cusp of Gemini taps that ability to then communicate it.

Unlike my fellow Cancers, I am not particularly HOMEY, (though I do collect people... once loved... you are ALWAYS loved, no matter in which way I love you, which takes a secure partner to tolerate—I had 3 exes at my wedding).

I have noticed in my life, that my successes are due to that Cancer tenacity, but I think my adaptibility in the face of failure has Gemini written on it. 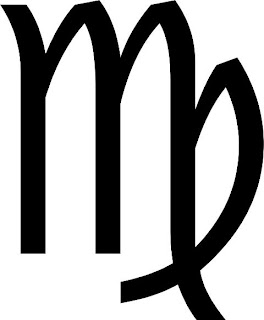 Gemini and Virgo are both ruled by Mercury, the ruler of WISDOM, but while Gemini is the flighty sporadic wisdom of genius, Virgo is the slow, methodical wisdom of trial and error and documentation, and learning by baby steps (not unrelated to that tenacity thing, eh?). Where my Virgo moon makes me unusual though, is the MOON is supposed to rule EMOTION... making my EMOTIONAL outlook somewhat analytical. I am infinitely more calm that your average Cancer (though Jason seems to give me a run for my money--bet he shares a similar analytic moon). It is hard to get a big reaction... I don't get mad very easily and I get over it fast... you see, I KNOW too much... can understand too easily why some people are idiots in any given moment, and some people make a life habit of it... and EVEN when it really IS their fault... I get it. I can look at their life and parse out the WHY, and my response is usually empathy (even if sometimes my brain succeeds in telling me to run for the hills). This makes me a good counselor, or shoulder to cry on, or ear to lend. I can both explain to you how that asshole didn't mean to hurt you, while at the same time bringing home that it isn't going to change, so you need to decide whether you can live with that or not.

This helps me as a writer... I can give realistic reasons the bad guy is bad. My problem is my empathy wants me to redeem them before the end... It was fun for fan fiction, but I am not sure yet whether I want to go there with the real stuff. 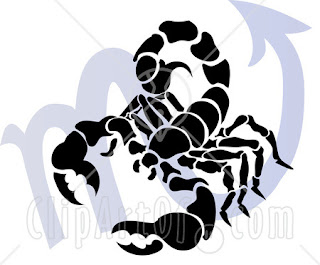 Secretive PLAYFUL Scorpio. I have Scorpio to thank for my whimsy, but also my need to keep some things close to my chest... I know I'm all Naked and stuff, but there is stuff inside no on ever sees, except in my need to write dark twisty stuff. Though my RISING sign is Scorpio, about 9/10 of my first house is dominated by Sagitarrius. This is why I like to get lucky a lot *shifty* Seriously though... Sagitarius, ruled by Jupiter, is the planet that rules luck and it is my first house... my ME house. Jupiter in my zodiac, is also in CANCER, my sun sign, giving me an extra umph... and I am lucky. Not like... lottery lucky, but more like 'lots' lucky... if half are picked, I am part of it. (my daughter inherited this.. it's an odd thing... and possibly not unrelated to my publishing contract coming at me non-traditionally).

But the BIGGIES with this placement are this: My sun is in my 8th house (death, regeneration and legacy) which predicts early death of a father or husband (father died when I was 10), and is compatible with my wanting to leave behind a legacy...


My MOON is in my 10th house—career... now who has their emotions tied up in their career? Bunch of jerks I'd guess... this never made ANY sense to me until just recently... writing. Writing is my heart's passion... and what I WANT for my career.

I think it may be Scorpio in my 8th house that predicts I will achieve FAME near the end of life or after death... so I've got that to look forward to... there is also a prediction somewhere that my money woes will eventually end. I'm still waiting on that one...

Email ThisBlogThis!Share to TwitterShare to FacebookShare to Pinterest
Labels: Astrology, Hart Johnson, Who am I? Friday

it's a lot of information, but I'm seeing much of it play out in my life and understanding of things.

I think that whole empathy thing and not allowing ourselves to really get steamed up about things (b/c we understand too well) leads to depression. And for me at least. I think it's important to get negative emotions out, and I don't always do it....

I think it contributes to those tsunamis that twice for me at least have completely obliterated small friend-villages.

Lucky for me (that lots of luck thing), the villagers forgave me eventually. I'm sure it's got something to do w/all that stuff you said before about listening, etc... :p <3

I have a friend that's an astrologer. It may not be an exact science. However, there are echoes of it that are applicable to just about everything.

Leigh, I think that Virgo moon of mine actually makes me let it all go--I don't get pent up really either... Very glad your villagers forgave you!

Michael-I think it can be applied. It of course is open to interpretation, but if you know enough angles, you can usually find an explanation in a chart.

Ohhh, astrology is such a guilty pleasure of mine. Not quite in the know-it-all way but in the I-read-my-horoscope-every-day way (this one that I LOVE: http://boothstars.com/)

Thanks for this -- because of course I'm a Cancer and love to read about my fellow moonies :) xo
(so is Deb) B

Hmm, I'm guilty of not knowing anything about astrology. Thanks to having a birthday close to yours, I now feel smarter (and thanks for remembering my b-day!). :)
erica