Hmmm...I was just wandering through back posts on Reading Mondays and I saw Mari's one on Murakami. I must have been away when that one came out. I love Murakami almost beyond all reason. He is a fantastic writer.

I'm a very enthusiastic reader. I read all the time - I always have at least one book on the go and several lined up. My folks were brilliant - when we were kids you could just about get out of anything if you had a book in your hands. How smart and sneaky of a way to get kids to read is that? I would even read when it was my turn to do the dishes - I'd put the book under the edge of the drainboard and read away every Tuesday and Friday after dinner. My mum would say 'Jan - it just takes you longer to do the dishes this way. Why don't you just do them? It would take you twenty minutes.' And I'd say, 'but those twenty minutes would kill me.' She'd sigh and turn back to her book. Oh yeah.

About eleven years ago I did the Artist's Way. I think it's week four where you aren't to read anything all week. It nearly did me in. Really. I don't think I went to the bathroom and I for sure didn't drink coffee because that would have made me read (and go to the bathroom come to think of it).

Today I finished a book by someone who seemed completely self-absorbed but the recipes were good. I'm not going to say what book it was because I feel it might be mean. The worst part was that she is a good writer.It just didn't need to be written - it was sort of like a celebrity book only the writer wasn't really a celebrity - she was a lover of a sort-of celebrity. I suppose we're going to get a few of those since Eat, Pray, Love hit the big time. The thing is though, that even though it was a rather tedious story - I stuck it out.

Why? Because sometimes you just need to read something that you aren't engaged with. I'm feeling really rather tender and sensitive after my dad's death and I just can't handle anything too good. I know that, because tonight I went to the first March Hare held in Halifax. They've been held for about eight years in Newfoundland and so they just took it on the road. What is a March Hare you ask? It is a gathering of musicians, poets and writers who get up and give over. Newfoundland has a strong reputation for story telling in all its forms. This arose because they are an isolated people stuck out on the cold Atlantic on a barren rock with nothing but their imaginations and squeeze boxes (button accordions) to play with. 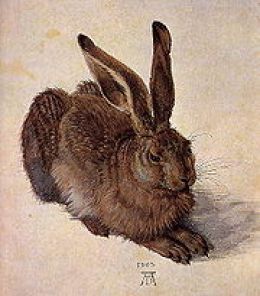 Tonight I heard some fabulous poems by Agnes Walsh and our own dear and brilliant Sue Goyette, and part of a story by Alex McLeod that knocked my socks off. There were musicians and reciters and oh it was great. My fella and I were right up at the front - we got there early and so there we were. Well I thought I was doing fine- Sue's poems were funny and touching just like Sue but I was handling it. Then Lisa Moore got up and read from her newest book -February -  she read a funny sad bit about her main character who's husband has died in the Ocean Ranger tragedy - she is just thinking of dating again and the piece is lovely. Fine. I was good with that. In fact it helped with something I was thinking about in my own novel so... then she read another piece later on about this same woman imagining the death of her husband. STUNNING. I didn't know what to do with my face.
So, I'm just recovering from that when Ron Hynes got up to sing. Now for those of you who aren't current on Canadian wonders - you might not know who Ron Hynes or Lisa Moore or Sue Goyette are, and that's OK. But now you do so dive in...
Ron Hynes recited a poem about his dad dying a year ago and then sang one of his wonderful heartbreaking songs "My Old Man". And I collapsed into tears. Completely.

Words. They really can take you there.

And sometimes, not always, but sometimes you need to make sure where you go is where you want to be.
Which is why it is OK, sometimes, to read silly books by self-absorbed youngsters, because they ain't going to take you anywhere.

Now I'm going to bed. But first I might read a little...
Posted by Jan Morrison at 6:30 AM

You are so right, Jan--frame of mind and book sometimes need to be mindfully matched. i normally love a heartwrenching saga or an adrenaline pumping thriller... or a mentally engaging mystery... but there are times when i don't have the brain or emotion to spare. Cozy mysteries are usually light enough... or maybe something like a Tom Robbins playful mind-bender.

Ah, yes, I agree. There are times I need the soap opeara or sitcom equivalent in books. I find the same goes with music - say, when you're sad. Sometimes you want happy music to cheer you up. But sometimes you would rather have sad music, to make you even sadder. We are weird that way, humans. But whatever works, right?

Hi dear goils, yes...sometimes something too complicated or heartfelt is just that and you need to read for a good old-fashioned shallow book!

My condolences. I lost my dad when I was 21 years old and pregnant with my son. Although he was a bad father, I really wish he could have met his grandchildren and seen just how well they have grown up.

Words do take you there. For me it's always the lyrics of a great sad but insightful song. Great post!

It's like food... if we eat healthy all the time, it's just boring. Sometimes we need mind-candy just like sometimes we need, oh, a pound or so of Cadbury mini eggs. ;-) Escape is a worthy goal, says I...

I am addicted to chick lit. There are days when I will put everything aside to read it, and I stick it out to the end of even the most boring and predictable ones. Why? Simply because there are times when the brain wants to take a break, and what better than reading chick lit.

And since I looked at EPL as chick lit, I rather liked it.