Remember last year? About ten months ago, when you first stumbled upon this blog, and realized it was a treasure trove of charming, witty, outstanding, clever, amazing people, posts and pillow fights? Or perhaps you dropped by for the first time last week, noticing nothing but a few stray feathers in dusty corners indicating that even though there might have been pillow fights, none of them took place recently?

Okay, so I don't know how you came across our blog (though a quick look at the stats indicate that it might be because you were looking for info on the upcoming UK Royal wedding. Sorry. Mostly burrowers, books and balderdash here), and it doesn't really matter. My point was that sometime last year, on July 5th to be specific, this blog was born. If interested you can read all about it here. Our very own Tami wrote a most handsome post about it (the very Tami whose post yesterday mentioned that the ABNA Semi-final announcement was coming up, but who didn't get to say [since the actual announcement was later that same day] that SHE PASSED - we now have a Burrow ABNA semi-finalist!!! Congrats, Tami!).

I am digressing. It's a professional hazard (or a requirement, actually. You can hardly be a Digressioneur without digressing, now can you...). But my POINT (there is one) is that in that first post - the very first one on this blog, quite regardless of how or when you found us - in that post Tami mentioned BuNoWriMo.

This may sound like a particularly bad ailment to you. Like a rash, itchy and red and impossible to get rid of once you've caught it. Actually, that isn't entirely wrong...

BuNoWriMo is modeled after the more famous (and infamous) NaNoWriMo - the National Novel Writing Month - that takes place in November each year. Like NaNo, the BuNo is all about writing a novel (or at least 50,000 words of one) in one month. If you've never tried, you might think this sounds impossible. If you have tried, you might know that it is.

And yet. Last year nearly 30,000 people wrote the required amount of words for NaNoWriMo. Clearly it is possible. And yet #2. A considerable amount of the people starting NaNoWriMo never reaches the 50K goal.

I'm sure that many of the participants that give up before the finishing line is in sight do so because of such various reasons as a)they got bored; b)they got hit by writer's block; c)they discovered their lives didn't appreciate being put on hold; d)they ran out of coffee; e)-z)various other reasons we make up because we cannot face realizing what sadly is the truth for some: this novel isn't meant to be written. Ack. Some novels aren't.

But. But-butbut-buuuut, what about the ones that had very valid reasons for not finishing? What about the ones that simply grew to understand that November is a truly sucky month for novel writing? You see, we had some first-hand experience of this in the group. Leanne and myself both work in bookshops. Retail and Christmas-shopping? Yeah, November isn't exactly a quiet month. In addition, several of us were involved in education, whether we were the ones being educated or doing the educating, and again - November is bad for extracurricular activities, since it tends to be when end-of-term stress really takes over.

Thus we decided to try to eliminate one of the many reasons people have for not finishing NaNoWriMo. In our very own WriMo, we wanted to pick a month that suited us better. Thus, our June WriMo, BuNoWriMo was established. 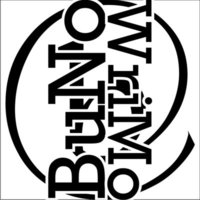 Last year we expected to participate with a few friends. We ended up with more than 100. We discovered that mutual encouragement and peer pressure also works outside of the NaNo framework. Our group on Facebook was a thriving community of writers of all ages and categories. I'm not going to pretend we all reached the finishing line this time either (I, for one, did not), but it was such a rewarding experience, regardless. And several of our participants did reach the goal, and some more than reached it. Our little initiative brought about a quarter million words into novel format last June!

With this immense success, we couldn't not host it again, now could we? Therefore, June 1st, here we go again. Like last year, we will be using Facebook and the designated group BuNoWriMo to spread the word and offer support. More details for how it all will take place will follow later on, but I thought this might be a good time to let you know something is in the works. If you're interested, I encourage you to visit the Facebook group, read the summary post from last year, and start thinking whether this might be for you. I'm not saying that you should start outlining - after all, that is against the purpose of WriMos - but why don't you start asking yourself whether you might be in for some novel writing fun this summer? Perhaps you can start stocking up on coffee already now, and perhaps the seed of a story has been planted in you somewhere. We would love to help you make it grow.
Posted by Cruella Collett at 12:00 PM

Thanks for the shout out, Mari! And I've had a few asking about this, so I think we will have a good response... and as added incentive, my semi-final book was last year's BuNoWriMo project.

I really enjoyed BuNoWriMo last year, even though I was a long way from finishing the 50k goal. In fact, I am just finishing up the draft I started then (17k in June, 75k in November, 20k so far in April - April is FiThDaBoMo: Finish The Damned Book Month).

I'll be doing something in June, anyway, even if it's just editing.

Tami - I thought Kahlous was your BuNo, but then I didn't remember for sure (and didn't have time to verify), so I didn't mention it...

Dunx - yeah, I'm still struggling with that project too. I should probably make April FiThDaBoMo as well, but since April is nearly done (and the rest of it will be spent re-preparing for Tokyo), I better make it May. Or possibly just go again with the same project in June. I cheated last time, and I feel at liberty to do so again.

Glad to have you on board, whether you're writing or editing! :)

I'll think about it but I just started trying to get my last wrimo into some kind of order. argghh. I like it but the plot? nah.
yay Tami - I shouted her out on my blog too. I'm so gobsmacked - how delicious. Do you think she'll spring for airfare to Cuba so we can celebrate in style????

Jan - I think we should sit down and write the rules soonish, and the first "rule" I'll insist on is that there are no rules. 50K/wrimo-style is the model, but I for one is much more interested in using this as an opportunity to get *something* done on the very project I worked on last year. If I can cheat, we all can ;)

Today one of my 14-year-olds brought me a poem she'd written - kid can write! Gonna try to recruit her, get our average age down a bit *snort* (though I'm sure she's not allowed on Facebook - fairly conservative Pakistani family). Meanwhile, I have nooooooooo ideas. Like, at all. Unless I do something cathartic and unpublishable. Heh.

Yay... yayayayay! I'm so up for this... this is my first time at this blog (for some unknown reason...) and I can't wait... off to investigate more
Lxxx

Laura - welcome! Glad to have you on board, both here on the blog and for the BuNoWriMo. It'll be a blast! :)

I'm so happy I learned about this through Laura's blog, I'm really excited about participating! It's great to have found your blog, I'm anxious to read more. :)