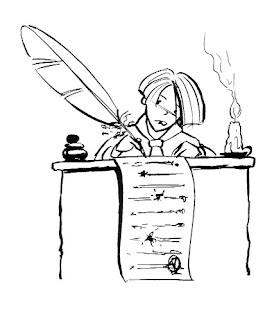 How and why I became 'Rayna' is a long story. When I started blogging nearly three years back, I saw no reason to not use my 'real' name. I used to post on this public forum, but because nobody ever commented, I presumed I didn't have an audience, and said it as I saw it. Unfortunately (or fortunately), mine is a unique combination of 'first name' and 'surname'- if you google my name, every single hit you get is me- so if anyone looked me up on the internet, it wouldn't have taken them too much time to get to my blog. And a few people I knew professionally did just that. One in particular, creeped me out- it was a person I was working rather closely with, and without once letting me know he was doing so, he was stalking my blog, and using my blog posts to guage my "state of mind" (which was apparently too buoyant, considering the thing we were working on wasn't going well).
That did it- I decided to go underground! 'Rayna' was what I intended calling my first-born, and 'Iyer' would have been my surname if not for the fact that people in my part of the country use their father's first name as their surname. For two years, I was 'Rayna Iyer' on blog-sphere, and it got to a point where I used to be surprised if people called me anything but 'Rayna' anywhere on the Internet.
And then I started blogging once a month on my organization's blog, and being the lazy person that I am started linking my blog to that when I did not feel like writing a post of my own. The boundaries blurred, and I decided to bring my 'real' name back into my 'blog' name.
Well, that's who I am on blog-sphere.

But real life is quite another story. I really don't know which of my friends first started calling me 'Nutty', but 'Nutty' is what I was through high school and college. It got to a point when even my teachers started calling me Nutty, because that seemed to be the only name I ever responded to. To most people, the name was supremely ironic- what was an honours student, with serious passtimes like debating and quizzing doing with a name like ' Nutty'? But the few people who did know me well knew it suited me just fine- the outer shell of 'respectability' hid an inner core of sheer Thursdayness*.

When I started working, things changed. No investment banker could let herself be called 'Nutty' and expect to be taken seriously. I became 'Natasha'. And the name became such an integral part of my identity that even people I met outside work knew me only as 'Natasha'. There were times when worlds would collide- when people who had known me as 'Nutty' encountered 'Natasha', but gradually they managed to sort themselves out. The 'new improved me' was Natasha, even when she was being silly. 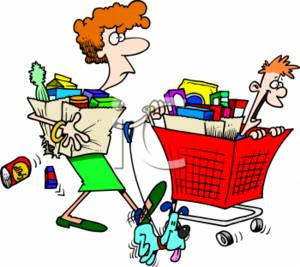 'Thing One's mother', 'Thing Two's mother' and 'Thing One and Two's mother' were three others that I was happy to embrace. I was called those names by people who primarily knew me as the mother of my kids, and  I couldn't care too much what they called me, since none of them really knew the real me. More recently, I have had a spurt of people calling me 'Nat'. These are people I know, but who primarily interact with over Facebook. When we meet, they call me by name if they call me anything at all, but online 'Nat' seems the preferred diminutive. And for some strange reason, I react as adversely to 'Nat' as I do to 'Mrs. Father-in-law'. I may be funny that way, but to me, 'Nat' is the name of a sophisticated ingénue. 'Nat' is calm, classy, confident, wears little black dresses and charms snails out their shells. 'Nat' is not a person who habitually rushes out of the house without remembering to comb her hair.

It should not be, but it is near impossible to get people to stop calling me 'Nat' and to start calling me 'Nuts'/ 'Nutty'. And that's my new measure of people- those who tell me that Natasha I shall be are the ones who make the grade to friendship!

* for people who do not know what Thursdayness means, please refer to either Hart Johnson, or Delusional Thursday.

Email ThisBlogThis!Share to TwitterShare to FacebookShare to Pinterest
Labels: Identity, Name, Rayna Iyer, Who am I? Friday

You know... I'd never thought of the similarity of nuts to crabs (meaning cancer) but I LOVE that... sophisticated on the outside, Thursday on the inside... I think it's quite fitting. I may have to make the jump to calling you Nutty myself.

I've been going with Rayna, as I knew you'd gone underground (have done that with 'Cruella' too), but it sounds like you are at least somewhat out again... still... with this presentation of Nutty... I like it.

Names mess with my head. I'm another one who's got a completely unique first name/surname combo - I'm me, full stop. It's funny how we change who we are by what we're called, huh? (BTW, your last image link is being cranky.)

We don't realise just how much names mean or how they affect us until something happens - like you being called Nutty! My bloggers name is partly my real name and partly an alias I made up years ago. In a way I've become that alias while all the time staying me. I'm used to being called by different names depending on who is addressing me. After all, whats in a name???

my friend of the million names! So you DO like being called Nut? Or Nutty? That's hilarious. I have not thought to call you Nat, but I'm glad you precluded that happening. :D Have a great weekend, Nutty~ <3