The DSM-IV, and psychologists, generally agree that personal beliefs should be evaluated with great respect to complexity of cultural and religious differences since some cultures have widely accepted beliefs that may be considered delusional in other cultures.[3] Specifically, to be a "delusion," a belief must be sustained despite what almost everyone else believes, and not be one ordinarily accepted by other members of the person's culture or subculture (e.g., it is not an article of religious faith). Wikipedia on Delusional disorder

Now listen up! We've been having these Delusional Thursdays for about a year now, here at the Burrow, and guess what? I can't hear you. Speak louder. Oh fugedaboudid! I'll just say it - nobody agrees on what delusional is.
I am a young man and I am convinced that my father isn't the guy in the workshop that everyone thinks is my father. No, my father is really really important and any day he will call for me to come to where he lives. It's (I believe) a wonderful place and he's the king of it all, sort of like what's his name with the combover only instead of goofy daughters, I'm his only son. While I wait for his call, I try to convince people that there is a better way to live. That they can be free if they just share and love and don't blame and steal. And I get pretty weird with it. The dudes that I hang with are giggy with it. They used to think I was truly nuts, delusional in fact, but now, all but one, thinks that it is true what I say. And not only will my Dad call soon for me - he'll have work and a great condo for them too.
Or...
I am a young woman who thinks it would be cool to let common folks read these stories that I've heard about. I have only heard certain special people read them aloud in a language that I don't know all that well but way better than most of the people in the land where I live. I have the eye and the heart of the main dude here and I convince him to go against the rest of the guys in the European union so that we can get this happening. Things fall apart pretty fast but I do get my desire - everyone has access to the stories. Well, everyone but me because he calls me a witch and has me eliminated.
Or...
I am really smart. I can't help it, I just am. And I know some stuff that makes people crazy. They think I'm delusional - well, not that because the word hasn't been invented - but they think I'm wrong and I'm constantly attacked for my views. Although I end up being the father of physics, I spend my last years confined to house arrest.

Or...
I am an officer in the armed forces sent to Rwanda to help 'keep the peace' only no one will listen to me when I say that there is a massive genocide taking place. I am told to keep my head down and keep on pretending that there is a peace to keep. By the time anyone listens hundreds of thousands have been killed.

Well, I'm not going to go on. I'm just saying that delusion - as Wikipedia says - is in the eyes of the community which rules. If you are in the fat centre you don't want anyone upsetting all the goodies with their weird ideas. That's why thinkers and dreamers and inventors are called down by the establishment. No one likes change - not even a wet baby. But we need the change. We need to embrace those visionaries who aren't delusional but get something that others miss. We need to protect the truly uncrazy - the ones who realize that we are all, in fact, in a big delusional dream - a dream that buying more and building more and making more money is what progress is. 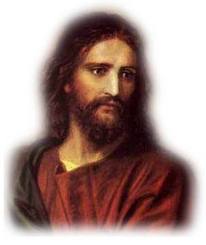 Who are the delusionals above? Jesus, Elizabeth the first, Galileo, and Romeo Dallaire. 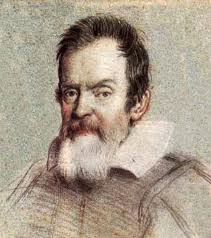 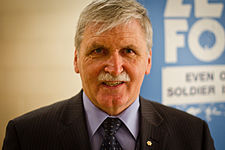 Your use of the word giggy just put Gettin' Jiggy With It by Will Smith in my head. Chances are good I'll be delusional soon...(also, I'm not sure I spelled the name of the song right, but I'm going with it!)
erica