I'd like to start off by WELCOMING anyone reading. We suspect people here today have followed one of our individual members in, so you may have some idea of what to expect, but collectively we're rather a curious bunch. The bio page will give a little depth about each of the planned contributors, but I want to start off with a brief history of our collective self.

The Burrow, A History

(Otherwise known as 'the Scottish Book') Most of us met at the now defunct Steinbeck Café—a writing forum at HPANA. A few driven and organized folks (read: NOT me) invited a few hangers on who carry a mix of the silly and the serious (read: THERE I AM!), with the primary criteria being 'serious about writing' and 'capable of contributing to the writing growth of peers'. We (read: Jason) built a closed forum for us to exchange material, give feedback, and frankly... bond—this was in spring of 2007. There is a lot of trust involved with sharing early work with the goal of improvement. It's safe to say we've managed. 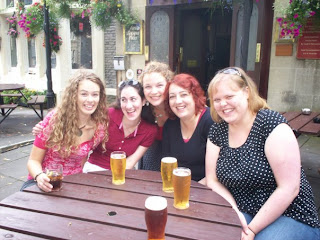 We began, and sputtered, and tried... and about a year later decided we wanted something bigger... that maybe a collective project would kick us into gear... writing to art (something we'd done some of at the Steinbeck Café).... gallery contacts... finally, in 2008, Tara found an Art Gallery in Wales willing to work with us for an 'event'. We went into a mad flurry of activity and wrote drabbles to several of their works of art; several of us even visited the gallery together in August 2008. Then we launched our website in December 2008, in conjunction with the project (archives of which are still on the site).

Weather made it smallish, but the learning curve, sharp as it was, taught us we can do REALLY BIG stuff if we put our minds to it!

In the meantime, we continued writing our own stuff. I finished my first book (200K--yes, I'm a silly goose who had no clue) and I reached a place I felt I needed to BLOG to get my name out there and start networking. Rayna had already been blogging for a time, and Chary and Jen too, had some experience, but I dragged a few more along for the ride (Mari and Tara)... and careers trickled forward... A few more novels done, a few more experiences had... and the time has come... the writing is on the wall... it was time for a collective blog...

And there you have it. We have a plan... but I've been solidly thunked in the head that this is no place for me to spill everybody else's secrets... so I will just say there are otters, giraffes, an elephant and a llama involved and leave it at that. Before the end, you just might know another language (Taff is fairly complicated, but we are sure you can pick it up). 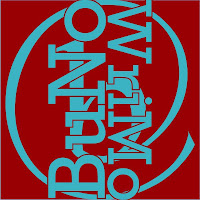 One big giant example of this pulling together we've managed was a June WriMo that grew from 7 interested Burrowers to 110 people (split personalities notwithstanding). We held it on Facebook—figuring no matter WHERE we held it people would need to join SOMETHING, and a lot of writers already have Facebook profiles.

We had the good fortune to have a BIGGER BLOGGER (Inkygirl) pick us up and tell HER (400+) readers, which helped a TON, and we badgered all our friends (always helpful—never underestimate the power of this in your OWN world), but whatever the case, it was a fabulous success.

Some trivia: As always, a few people talked a whole bunch, while a LOT of people just got down to the business of writing. I find this option to dive into support though, is the great strength of WriMos. So THANK YOU everyone who participated in the discussion boards and encouraged people, no matter how well or poorly they were doing!

Lisa got a Puppy! SQUEEEEEE!
James' 'Oz conference' was hit by a tornado (there is really too much irony there to wrap my mind around)
Others experienced life—sometimes it threw a wrench in the writing, sometimes they made it anyway.


Let me go into geek mode for a moment and just give you some stats...

Disclaimer: there are some secretive sorts who never DID tell us what they were up to... we cannot be blamed if they were writing Vampire books. But it ALSO means the numbers I have to share are based only on partial reporting—stats are only as good as the data, ne?

Ages of Participants. You know... I KNEW there were some teens involved, but I was thinking 3 or 4. There were as many TEENS as people in their forties. What do you make of THAT? The 30s was most frequent—oddly fewer 20 somethings... and not many 50+.

Word Count: Mean wordcount for the people reporting was 24, 534. Keep in mind not ALL of these had goals of 50K, and that the distribution was bi-modal. People MOST often, stopped before 20K or finished. Sometimes it just happens that life makes it a bad month when you were not expecting that. If that word count were applied to the full... lets say 100 people were there not duplicates or graphic support, that STILL means this WriMo produced almost a quarter million words. I LOVE YOU GUYS!!!

I hope you'll come back in and meet everyone else. We will be covering a variety of FASCINATING topics, but MOSTLY, I think it will soon be clear why these are my FAVORITE people on the planet!

[note: Joris Ammerlaan deserves credit for both Burrow graphics designs in this post, though the circle b was originally Mari's, if I am keeping things straight, which I don't always]
Posted by Hart Johnson at 12:00 PM

Yay! Yay! Yay! Good on ya, eh? Some good you! (a south shore of Nova Scotia saying) I am delighted to be able to come to the land of Burrow where cheery folk who like to write and have THINGS to say gather. Thrilled!

What a gorgeous blog! Nice introduction, too. I was surprised to see the number of teens participating in BuNoWriMo, too--and thought it was fantastic!

I've added your blog to my Google Reader and am looking forward to the posts. :)

How do you find the time, Hart? I feel stressed thinking about all the things to find time to do! :o)

SQUEEEEEEEE! Look at that! Friends arriving already! Thank you so MUCH for joining us!

Jan- Some good you, eh? I will have to remember that one!

Thank you so much Elizabeth!

Jessica-There seems to be an energy generated when we all work together that helps...erm... plus Mari did most of the work *shifty*

Congrats to all of you! I'm sure you will rocket!

This is such a Wheeeeee moment, isn't it?

Must have checked a dozen times at least to see if the blog was up, and if my scheduled post went up as Mari was cutting the ribbon.

And just so you know what I am supposed to be working on, here is a paste of what was on my clipboard- "Work underway to put down Critical Processes pertaining to each of the verticals"

Yay! There are people here! People with comments! :D

Welcome everyone, and thank you so much for visiting. I am so very, very excited about finally having the chance to blog away with some of my very favourite people in the world!

Tami - granted, I may have been the one holding the whip when it came to everything design related, but I will take no credit for all the hard work put down by the rest of you. Had it been up to me we would have launched in December :P

And thanks Barbara for stopping by. There should be cookies and coffee for you somewhere- you need to find it though.

Congrats on your group effort blog! I look forward to getting to know some of you better and for the ones I know some, seeing more of the bits that I love about you!

Barbara-WELCOME, and these guys keep me going!

Natasha, I have NO IDEA what that means... so I will just sip champagne with you.

Mari-it is a good combination, I think... people like Natasha and I, insistent that IT MUST BE NOW and people like you who insist IT MUST BE RIGHT... I think it makes for balance.

This is great Hart!!! Looking forward to this blog! <3

I don't know what I'm insisting on, other than dragons. *snort* Wheeeeeeeeee indeed! :-) Should I say "welcome" too, or does everyone feel suitably comfy here now? Yes? Good.

Wheeeee is also the first part of Wheeeeelcome!!!!

I can't believe it has actually happened, and got followers- thank you all you wonderful people.

And Tami, I am supposed to know what that means, and it is supposed to make sense too, but nothing seems to be sinking in today.

Tornado, huh... ROTFLMAO
COngratulations :-) Next year again
Ket (who found out through Inkygirl, like so many others, on May 29th :-D)

Wow, great turnout. Thanks so much for stopping by and checking us out. We are really excited about this project.

*does a happy dance*

I'm happy for you all!

Yay! Another blog to follow!!
Congrats to everyone, it was fun, I learned alot and I made a few new friends!!

Looks nice, with a wide range of literary generes covered, some of them I like very much >:)

I am so STOKED that we have had such a fabulous response on our first day! Thank you to everyone who has popped by and left such lovely comments! And we may have had a head start with our followers (we had 6 before we even went live due to us Burrowers *snort*), but to have another 19 - !!! - in under twelve hours.... how awesome is that?

Hart hit the nail on the head when she commented about the energy that is created when we pull together as a group. I ALWAYS have fun working with these guys, and the buzz is extraordinary when we pull off a project. Here's to many Burrowific blog posts in the future!

Grats on the new blog. It looks great :)

*dies* I went to spend the day in a hot car retrieving my daughter from dangerous lands (read: Canada) and LOOK AT THIS!?

Beautiful blog. Enjoyed all the little secrets. Looking forward to more!!! To have such a wonderful group for support, how lucky!

I was very pleased to be a part of the madness.
Now, on to the editing process as I rummage through my new story of wooden rolling pins, auction and bean dinners.
BTW, the Oz festival is now legend in the world of Oz.

Thank you, Ann and James, for coming in and checking use out.

Ann--you are so right that we KNOW how lucky we are. I think a lot of people can stumble around for years before finding such a good fit.

James, we were really thrilled to have you participating!