So I grew up in a household where proper English was ALWAYS spoken. My parents may not have been mature or particularly educated, but they had mature, educated parents and neither was particularly delinquent. This propriety of the English Language (aside from my dad occasionally teaching me a wrong word on purpose: aka: DORF instead of dwarf) was strong enough that all through Junior High and High school, and through every standardized test I ever took, I cruised easily (or passed out of) grammar lessons because the right way 'just sounded right'. There was nothing to learn.

Sure, there are a couple homonyms that have caused me trouble (particularly rein and reign or bate versus bait—yes, some of my poor characters have had baited breath, implying some grotesque worm diet). But if there was a SOUND difference, DARNED IT! I knew my stuff!

I recently got back a manuscript from my good buddy Leigh where I use (more than once) 'snuck'. She left me the sweet note, “Is it okay to use snuck now? I was taught sneaked, but I've seen this a lot recently.” (she never called me a moron once, which I appreciate).

SNEAKED? Are you FREAKING KIDDING ME? The proper word is SNEAKED?


Now I grew up in the Pacific Northwest, home of the most accent-free English in America... okay... so there isn't much accent anywhere west of Colorado... The whole west knows how to SPEAK. They do it without a lot of silliness... no R pronounced 'Aaaah', no R added to WASH. No ABOUT pronounced ABOAT (thank you Ontario for your influence on neighbor Michigan), no kindygarden. No T in the middle of a word softened to a D (something was forgodden? Seriously?--silly midwesterners afraid to ASSERT THEMSELVES!!!). Out west they can TALK!

And I swear to you SNUCK is what the English Language is supposed to have adopted. I think it was a dictionary writer prank that stuck SNEAKED in there and a whole bunch of ninnies FELL FOR IT and taught their students!

You know... I'm not the only person who believes this. Take THIS from the Urban dictionary:
SNUCK: common mistake for the past-tense of sneak (the real past-tense is sneaked, but sneaked sounds retarded so it should be snuck)
sneaked sounds totally gay so let's change it to snuck 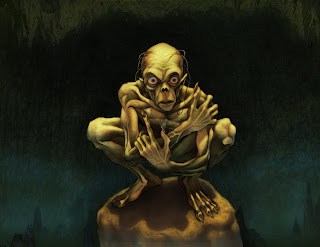 But besides the Urban Dictionary stamp of approval... lets just look at the definition. 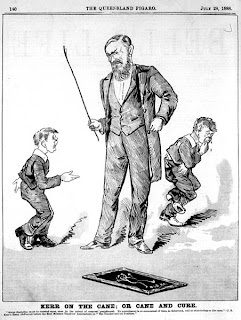 Sneaked does NOT sound sneaky. It sounds like an English teacher! How many sneaky English teachers have you had in your life? Well okay, I've had a few (RIP Sylvia James and Judy Chavez—you both ROCKED!)... but that doesn't change my argument, because remember, I LEARNED SNUCK!!!


Digression: Mrs. Chavez's greatest dream was to play one of the witches in a stage production of Macbeth. Man, she was cool.


So what about you? Any words in the English Language that somebody claims are WRONG but you are willing to go to bat for?

Anything that makes you shout RULES SCHMOOLZ! THIS JUST SOUNDS BETTER!

I think it should be snacked, er - no, wait. That's already a word. Snocked then, or just snock, or snekked. Sneaked sounds like squeaked, and if you squeak while you're sneaking you're almost certainly going to get caught.

Sounds like we have very similar backgrounds. Mom was an actress and dad was a Woodrow Wilson fellow, so English was very proper at my house, but not too proper. And I grew up in Seattle, where, you're right: there is no accent.

It's funny though, because mom was from Minnesooowtah, and dad was from Missasippuh, where the accents are thick, but neither one of them talked like that. Funny.

Just for the record, "sneaked" doesn't sound wrong to me. "Snuck" sounds wrong to me. It really does! Too close to "suck."

"Bursted" sounds wrong to me. I prefer "bust." But JRM says "bust" can never be used as a verb. Ever. :D

*giggles* Snacked. Nice. You're absolutely right about sneaked and squeaked... in fact a character in my ABNA book has just such a problem! and Seattle is TOTALLY accent-free! (and yay for Leigh!)

Leigh-I thought the past tense of burst was still burst? All these things I don't KNOW! And nobody ever believes me that the past participle of drink is drunk... I drank, but I HAD drunk... NOBODY believes it. *giggleing at JRMand his grannie*

Being British by upbringing, there are a lot of these:

... and being Northern at that there are a lot of words I like that aren't necessarily event recognised by the London-centric crowd:

Fortunately, I grew up playing a lot of Scrabble. That helped a lot.

See, there's a reason I ASK rather than emphatically state in my notes. It's very possible I made up "bursted." My Mammaw said "winder" for "window" so sometimes my "raisin" (rearing---I HATE that word, btw) plays tricks on me... :D

I'm w/you--"burst" should be as far as that past tense is taken~ ;p xoxo

There is plenty of English slang I don't understand, so I'm a frequent user of the Urban Dictionary (and other dictionaries). I don't hate particular words (or anything else for that matter), but I have problems with "through" because I always pronounce it wrong (not even sure if I spell it right) >:D

This is a tricky one for me. As a high school English teacher, I generally let "snuck" go by when my students use it. It does sound correct in the context that they use it.

"I snuck out the house after midnight."

Perhaps, I am doing them a disservice. Will make a note of it for the future.

However, I do correct them when they use "conversate" instead of "converse."

oh I'm a user of 'snuck' but for a writer I'm pathetic. I think moving around so much means I got the worst (the worsted?) of every idiogrammaticalsychronicity. See? I was known in my family as someone who constantly made-up words and then believed I didn't. Heck I still am known that way. Did you know that Shakespeare made-up HUNDREDS of words. People weren't so picky back then. No they weren't. They didn't go 'that isn't a word' as long as they got the meaning. Do I know what you're saying if you say 'snuck'? Sure I do. And that's good enuff for me.

Dunx-your first set just sounds like colloquialisms to me (well swept is right)... but I'd use them in dialog, anyway... the others I don't know! (except Lemony Snicket, who ROCKS)

Leigh *giggles* I think all those funny words would have totally confused me.

CaH--I don't know how you all do the English as a second language. I had a hard enough time learning SPANISH and that is a totally consistent language. Through, huh? Is it the 'thr'? It's just pronounced like threw but I know some languages don't do certain combos.

Chary-Yeah, the most common way I use 'snuck' is 'you snuck up on me!' which, strangely, is probably one of the more common things I say... I may have to think about why that is, as it seems odd for it to be so common, but I say it... at least weekly. Probably more. 'You sneaked up on me' would... require a southern accent or something *shifty* it throws off the flow of it. but I hear you on a lot of those things--HAVE to fix those!

Jan--teehee I love the word-making-up thing... you know, in your MS there were a couple of those. I could tell in context what you meant, and didn't know if they were Canadian (Nova Scotian) colloquialisms or if you had done that, but I am all for new words if they can be understood in context.

THANK YOU! I've been saying this exact same thing to my critique partner for a while now. SNEAKED is not a part of my vocabulary. It doesn't even sound like English Teacher-ese to me. It sounds like made up kooky nonsense!

But, seriously, as a recovering linguist it's hard for me to adhere to all the prescribed rules of English teachers. Add to that my traditionally rebellious nature, and I never want to use the word SNEAKED. I sneak in snuck every chance I get :)

Snuck has made its way into the dictionary so...

I used "snuck" for years, and always thought it sounded funny, so when I heard of "sneaked", I was quite delighted. Yes, mark me down for the "sneaked" crowd.