I'll Show You Mine If You Show Me Yours 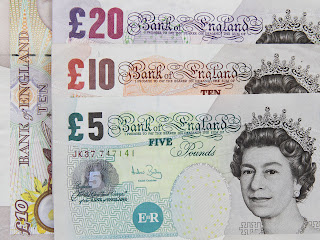 Yup, come on, don't be shy now. Take a deep breath, step forward, and admit to the world what your freaky foible is, 'cause I know you have one. *nods* (Ha! And here you thought I was going to say something naughty! Fooled ya!)

See, everybody has at least one slightly out there habit, and if you say you haven't, then you are either lying, or in denial. Even the most straight-laced person will have something in their character that marks them as a little quirky.

Of course, most people have more than one foible, and, another of course, most people won't admit to having even the one, but those crazy little quirks are there, trust me. It could be something as small as a little tic when you are nervous, or perhaps the need to double check that the cooker is switched off before you go to bed. Maybe you can't leave the house without systematically checking that all of the windows are closed, or perhaps you will only drink your coffee if it has been stirred clockwise.

The list of possible habits is literally endless. So maybe a habit isn't strictly a delusion, but I'm making it so to fit today's theme, so there.

Now, having been delusional for most of my life, I don't have any problems identifying what my foibles are. Or even admitting to them (quite obviously). I've never been diagnosed, but I suspect I'm a little obsessive compulsive. Well, probably quite a lot obsessive compulsive, to be truthful. I will check my bag three or four times before I leave the house, just to make sure that I have everything I need. My front door will be jiggled for about ten seconds before I start to walk away, and more often than not, I will retrace my steps and give the lock an extra jiggle just to be on the safe side.

This habit of checking means that everything takes that little bit longer to do. In my job, for example, I have to cash up the tills, prepare a banking and count and check the contents of the safe. I can just about curb the urge to count the banking twice, mostly because that has to be checked by a second person anyway, so my back is covered. But for the other things, like the cash floats and what not, I always count them twice. Sometimes I have triple checked them. Just in case. *shifty* Luckily this only really takes an extra five or ten minutes or so, but still, that's five or ten minutes that could be spent doing other stuff.

The thing is, I suspect that my slight OCD  can be linked to my general procrastinating nature. In my quest to put things off indefinitely, I seem to have stumbled onto the perfect way to fulfil my dithering needs. You see, the more I check stuff, the more time it takes, and the more time I spend doing one thing, means something else can be put of that wee bit longer.

It's not a proven theory (mostly because I've only just really thought about it in these terms), but surely the two things are related? And I can't help but wonder if my OCD-ness may also be to blame for my love of monotonous games. OCD, explained most simply, is the need to do things repeatedly, and I am extremely prone to silly games like bubble shooter and bejeweled blitz. I think the repetitiveness is the draw, because heaven knows that I have no love for computer games as a rule. PlayStation? X Box? Wii? Nope, no interest at all. Silly game where you have to make three bubbles in a row to make them disappear? I'm your gal. Not only do the monotonous nature of these games fulfil my OCD needs, but they are also brilliant for procrastinating purposes. A 'quick' game of bubble shooter can last for hours. Seriously. It's amazing how time flies when you are determined to keep going for as long as you can.

Anyway, that's one of my foibles. I say 'one' because I have many, but I'll save the others for another time (which is another way of saying I am putting them off for the time being, but I guess that doesn't come as a surprise *shifty*).

I used to lift my feet off the pedals (or off the floor of the car if I wasn't driving) while going over railroad tracks. I now don't do this. Why did I do it? this woman I used to know (a writer, oddly) did it for luck and then I got hexed and started doing it. Why did I stop? I fell out with the woman and decided it was stupid. ha! How adult of me. I am going to very carefully NOT read anyone else's as I don't want them and I'm a foible magpie. Maybe that's a foible? Why yes it is. Also I can't stand it when I only see one crow as I think I'm in danger.

Patricia - That's a nice little foible, especially because it's one that's sort of invisible to others. I like that. :)

Jan - A foible magnet? I LOVE that! *snort* I'd best keep most of mine to myself then...I wouldn't want to doom you.