Burqa Sales on the Rise 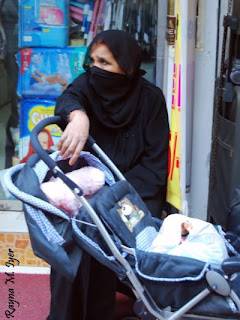 On the First Day of the New Decade, the first thing I read were these headlines on the front page of the newspaper - Burqa sale on the rise in Old City


Though I try to deny her existance, there is a dormant feminist in me, who reacted immediately, and adversely. And we try to delude ourselves that the nation is progressing, while what we are actually doing is regressing back to the Medivial Ages. Grrrrr, grrrrr, grrrrr [insert picture of snarling cat, clawing through the computer screen].

The first paragraph of the article only confirmed my reaction -


The Shahran market near Charminar has undergone a curious change in the last few years. A string of new shops that have surfaced in this bazar sell only burqas. From 20-odd shops in 2002, there are 80 burqa stores here and traders say business was never so good.

In what appears to be a reality check on the perception that women are stepping out of the burqa in Hyderabad, traders say that an increasing number of women, most of them young girls, are choosing to don the garment...... 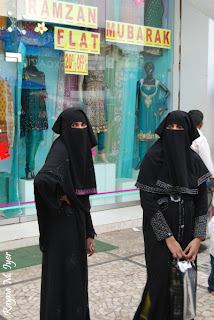 To say I was disappointed was an understatement. There is a government-run school in my neighbourhood, and I always felt good seeing the number of Muslim girls from lower income households attending that school. In fact, I always thought it ironical that in the more conservative lower-income Muslim families, the girls ended up getting a better education than the boys, simply because their families did not want to spend money to send them to the Islamic madrassas.

I always hoped that the generation of Muslim girls getting a good education would bring about a change in the mindset of the community, which would enable the economically backward community enter the social and economic mainstream of the nation. With better education leading to better job opportunities, Muslim youth would not longer be lured by the cheap promises of people supposedly fighting for the religion. In a generation, or a generation and a half, I dared hope for a natural end to terrorism and communal violence.

But here was proof that I was living in foolish daydream of my own construction. "The sale of burqas have never been as good". The words gnawed at my heart- could the year have started off on a worse note than by dashing one of my dreams? I was tempted to chuck the newspaper across the room, and think more positive thoughts. 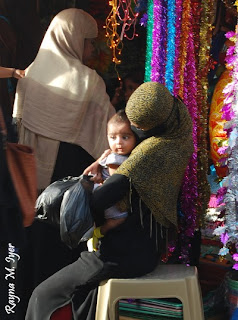 But my eyes are conditioned to read, even if the brain tells them not to. I read on-


While they say the reasons for this trend range from religious beliefs to some even trying to make a fashion statement, social observers say the improving sales of burqa are rooted in a radical change that the Old City is undergoing - an increasing emphasis on the education of girl child.

Suddenly the statistics started looking good. If the number of shops selling burqas has gone up four time, that means there are at least four times more girls stepping out of the house than there were a decade back. Which means a larger number of girls going in for higher studies, and taking up jobs outside the home. Which means social change on a scale that one cannot otherwise contemplate. 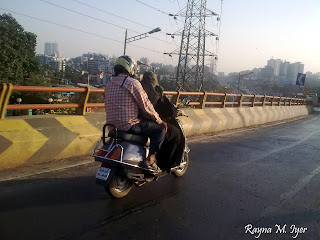 By just looking deeper, the first article I read in the new Decade metamorphosised from one of abject despair to one of great hope.

A feminist may still question why society should decree that a girl be veiled. A feminist would definitely try to get the veiled girl to shed the veil. But I am not a feminist. To me, it is enough that girls are stepping out of the home and getting an education. A veil matters much less than your attitude.

And educated, empowered girl will raise a healthier, happier family than her less educated mother, and enough of them will bring about real change.

There is Hope still.
Posted by Natasha at 12:49 PM

so it's a good thing... how odd. I would've had the same initial reaction as you, but I'm so ignorant of the meaning of these things.

Thanks for sharing your insight/educating me! :D <3

So interesting how what first appears to be one thing then becomes another with a little more information. We can also hope maybe some cross dressing men are buying burqas... or maybe that's just me...

I was wondering about a madrassas too.

Really interesting! Thanks for enlightening us!

I considered buying a burka for my wife for Christmas present, but ended up with a couple of books instead.

Just joking. Going to school in a burka is better than not going to school. Education of the girls is probably the most important issue to change muslim society. Reforms must come from the inside.

I must admit that I dislike religion (all of them, possibly except budhhism). The burka regime is a sad example of how religion is used to control an repress people.

In Satan we trust >:D

Wonderful way your mind works - the shifting from bad to good news with the same information. Terrific! And yes, I understand from reading many different sources about this that the only thing that will solve world poverty is the education of young girls. The only thing. Think about it. Goodness.

@ Leigh - I am sure anyone would have reacted in a similar way. Teaches us not to trust first impressions always.

A madrassa is a school where you get religious AND secular instruction from Islamic clerics, in Urdu, Persian or Arabic. Good religious education, but unfortunately not one that is too useful in getting jobs.

@ Hart- there are stories of men wearing burqas and entering ladies compartments to ogle. Is that what you were thinking about?

@ Cold As Heaven- bet she would have loved it ;-)
Don't get me started on religion. Remember I have lived my entire life in a country which is a powder keg of religious tension. I wish people would just keep religion at home.

@ Jan- I am all for education, specially education of the girl child. Only by empowering her can you bring about sustainable social, economic and political change in the world.
And people who never before educated their daughters are now starting to- good for them, good for us.

i, too, am glad that your initial reaction was the wrong conclusion. Change, no matter how slow, is still change. However, this seems to be speeding along in just one generation.