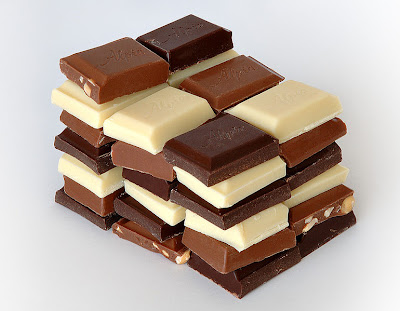 In Japan, Valentine’s Day isn’t about love. It is all about the chocolate. Each year on February 14th, Japanese girls and women buy chocolate for their, boyfriends, husbands, male friends and coworkers. It might be an expression of love, but it is also considered a courtesy or social obligation (in fact, the Japanese language has a specific expression for “obligation chocolate” – giri choco). You might think the one-sidedness gravely unfair (especially if you’re a woman), but since the Japanese always reciprocate gifts, there is naturally an occasion for this as well. Hence, on March 14th – known as White Day in Japan – it’s the guys’ turn. Again it might seem slightly unfair – since only the guys that already got a gift feel obliged to return one – but for White Day not only chocolate but also more expensive gifts, like diamonds or lingerie, is common. So it is debatable who’s got the better deal.
This year both Valentine’s and White Day fell on a weekday, and thus Japanese producers and importers are happy. It means increased revenues since more people will buy candy for their coworkers. These are good news for the industry, as Japan’s chocolate consumption soars in the months of February and March due to the peculiar holidays. Good news is of course always welcome, but at the moment the chocolate industry might need them more than usually.
Cocoa – the key ingredient in chocolate – is becoming pricey, and political. 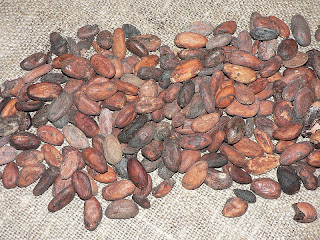 This trend has been going on for years, as the demand for chocolate worldwide (particularly in China, where the market is growing) has risen rapidly. The cacao tree is native to the Americas, but today cocoa beans grow in a narrow strip (approximately 20 degrees north and south of the Equator), from South America through Africa to Malaysia. It takes about five years for a tree to mature, which means that producers cannot just plant another tree to respond to increasing demand.
More importantly as of recent, however, is the fact that the world’s largest producer suddenly closed the tap.

The West-African country Côte d’Ivoire (whose proper name is in the country’s official language, French, though it is commonly known as the Ivory Coast in the English speaking world) has been troubled for decades. Following independence from France in 1960, Côte d’Ivoire has like many other African countries experienced civil war, a coup d’état and political unrest. A peace treaty between the government and the former rebels was signed in 2007, and an election was supposed to take place afterward. The election was, however, postponed a number of times. When it finally was held, in 2010, there was hope that this might lead to stability. Instead, it led to further tension.
The president, Laurent Gbagbo, had a large support base in the south of the country; while the opposition candidate, Alassane Outtara, chiefly was supported by the population in the north of the country. The election was characterized by certain acts of violence, but still it was considered fair by election observers. However, as the polls closed, both candidates declared themselves as winners of the election, and both took the presidential oath of office. Independent observers say that Outtara is the winner, and he is also supported by the international community. However, this helps little when Gbagbo is still in power, a power he recently tried to use to expel all UN peacekeepers.
Côte d’Ivoire produces about one third of the world’s total production of cocoa, and it accounts for about 20 percent of the country’s total earnings. Thus, it was in an attempt of cutting off the funding for his opponent Outtara recently declared that all export of cocoa (and coffee – Côte d’Ivoire is also one of the world’s largest producers of coffee) will be halted for a month.
Half a world away, in Japan as well as Europe and America, producers of chocolate are worrying. For Valentine’s Day, the export ban was not a problem, since purchases are made months in advance. For the Japanese White Day, however, and for the other upcoming chocolate-covered holiday, Easter, it is a problem. As a result of the export ban, and the general unrest in Côte d’Ivoire, the price for cocoa has sky rocketed.
Now, if this had been oil, it would have meant that the price of gas would also rise. Chocolate, however, is a very different commodity than is oil (as developing countries have experienced in the past, when attempting to “pull an OPEC” by reducing the supply of the raw materials to increase prices). 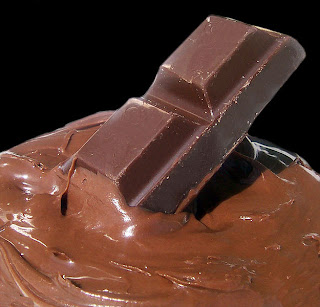 First of all, despite the popular belief, we can live without chocolate. We can also live without oil, but it is much harder to substitute, and it affects much more substantial parts of our lives if we don’t have oil (transport and energy supplies) than if we don’t have chocolate (cranky).
Secondly, while we’re used to price changes in the oil market according to market rules, the price of chocolate is much less volatile. It normally changes with the overall inflation in the society (meaning that if other prices increase – including wages – so will that of chocolate); and it is sort of seasonal – much cheaper on February 15th, for instance (which is one of the few times supply and demand regulate chocolate prices). But normally the price of the product chocolate is not overly dependent on the price of the cocoa.
Since we are not used to chocolate prices fluctuating, consumers most likely will not respond well to it. Hence, it is no solution for producers to increase the price now (as a result of increased costs), since this most likely only will lead to reduced sales (and thus further reduced income), since most consumers would react to the rapid price change and instead buy something else.
It is an interesting situation. Producers are despairing. Consumers are largely ignorant. I have tried to dig out whether the export ban has been observed, and whether it has had any effect. So far I have not found an answer, though media reports that mediators are on their way to the country.
As for the population of Côte d’Ivoire? Hundreds are killed. Banks are shutting down and the ATMs are empty. The political instability continues. Some 25-50,000 Ivorians are refugees, or “internally displaced” as they are called as long as they remain within their country’s borders. The last thing on their mind, probably, is whether they’ll have chocolate for Easter.
Posted by Cruella Collett at 12:12 PM

*sniffs* Very sad to have trouble with the chocolate supply! (though sadder still, I suppose, to have a country with so much unrest). I love your political posts, Cruella. You know so much more about international topics than i do, so even if the NEWS isn't very good, I still enjoyed learning the Japanese customs and world economics/politics stuff.

*looks at mounds of chocolate on bed* Oh dear. Guess this was a bad week to go on a chocolate binge, eh? :-P

Tami - I got a bit carried away here, so I am glad you liked it (despite it being dotted with numbers and figures).

And yes - troubling with the chocolate supply!

Leanne - heh, I feel the same way... Though it didn't stop me from eating loads of soap chocolate (long story...) today...

I'd be more inclined to associate politics with nuts!

Oh, and Happy Presidents Pets Day -the day after Presidents Day, as I like to call it. In the US, we love our presidents..... pets. See my blog if you’re in the mood for a good ol' irreverent howl.

My name is Chary and I am a chocolate addict.

Thanks Mari for posting for me on such short notice. I loved the post and hearing about customs from other cultures.