They say it's the one thing you can't fake—the thing that separates you from every other writer out there. I've read a couple of blogs recently that talked about it... some wondering how to GET ONE, others telling us advice on finding it. I thought some of the advice was great, but other pieces rubbed me as a little off, so I thought I would tell you my (probably blasphemous) thoughts on the matter. 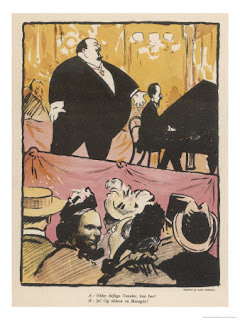 What the heck IS Voice?

The way you sound, ne? Lets think about this really literally first. A singer... (Leanne, don't poke me too hard for not knowing any proper musical terms)... what goes into the voice of a song is a variety of things... pitch, tone, ability to carry a tune, range, technique, LYRICS... (say what?)

I'm serious. I can't carry a tune to save my life. When my daughter (of the perfect pitch) was two, she used to cover my mouth (everyone's a critic, eh?). But by the time she was 5, she loved me to sing to her because I knew the world's SILLIEST songs. [/digression]

But a group of singers VERY SIMILAR on all the above STILL sound different from each other, yeah? There is still some quality LEFT that is their VOICE.

I believe the same is true of writing.

Suggestion to the Contrary

I don't want to be disrespectful, but one of the really BIG things that got me rolling on this was Nicola Morgan's suggestion that it is the BOOK not the AUTHOR that has a voice. I don't buy it. YES the book has to have a voice... the CHARACTERS need to have their OWN voices, so presumably the MC gives voice to the book in a way that is distinct from the author's primary voice, but the AUTHOR VOICE is still there. I agree that books in different genres should sound pretty different. (The same person singing an opera versus a show tune has a very different SOUND, but under that, her voice is still there, yes?) I've written suspense, mystery and cozy mystery, but I've also written some parody and more humorous stuff. And I have been TOLD that readers who've read a lot of my stuff can STILL tell it's me. How?

Am I a BAD Chameleon? I don't think so. I just think voice holds up to a change of scenery.

MY VOICE... has a sensibility to it that is a little off the mainstream... Typically the characters presented most sympathetically are a little sassy... have some authority issues... they either are a little sarcastic or downright nutty (I will NEVER NOT EVER write a humorless MC, even if it is gallows humor, which situationally, sometimes it needs to be). There are always people you ought to be able to trust who can't be trusted... materialism is frowned upon...

MY VOICE... has a couple of catch phrases that appear in pretty much every book... SOMEBODY is a snorter... In my Cozy mystery there is disgruntled jasmine... you'd be disgruntled too, if you'd had somebody murdered across you... but it isn't a TYPICAL way of saying it... it is more... how I'D SAY IT. It is too light a word--a silly word... but it is a ME word (and probably indicative of why Cozy Mystery suits me).

MY VOICE... has a cadence to it... I use mostly simple language... I don't like people to get caught up in something hard to pronounce (and any character who uses big words thinks entirely too much of herself—a bias that may or may not have origins in my life experiences *cough*). I don't like long, run-on sentences (except in blogs [but that really is about a love of parentheses which I don't use much in my books]). I adore semi-colons; don't ask why.

I guess I am just saying that I think there is a consistent voice, even if each book sounds different... There is a me-ness to it...

So how do you get YOUR VOICE?

Many of you already have a solid voice, but some people struggle, and some have been kind enough to share rejection letters that say the voice isn't quite there... I have some suggestions...

1. Practice using somebody else's voice. (What, are you NUTS?--yes. We've established this.) This sounds REALLY contrary, I know, but there are some very distinctive voices out there among the famous authors... maybe choose essay samples so they sound most like themselves... read... and then write a piece of your own IN THAT STYLE. Then choose a different author and REwrite the piece in THEIR style... then another... then another... I think it is a good way to see how differently the same content can look. And it is a good STRETCHING exercise for YOU.

Why would being a good mimic help you find your own voice? I think this is more about awareness... I think it makes you better able to note when something is creeping in because you just read something and loved it (or hated it) and it has influenced how you are doing things. But it is ALSO a good exercise in what CAN be done... which leads to the next bit (well not BIT, but bit, ifyouknowwhatImean?) [*cough* for my hesitation in using the word 'bit' lightly, check an Aussie phrase dictionary, or maybe I will tell you later] 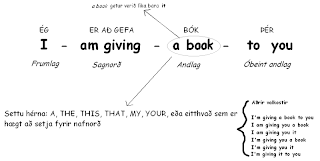 2. KNOW YOUR RULES!!! I don't mean have them handy and look them up. I mean KNOW them... intimately... so they NEVER bail on you unless you heave them out on purpose. I happen to think this is why EVERYONE should master writing in third person first. Those are the rules. Once you KNOW the rules, you can go back and shake it up, in fact... I encourage you to...

The way this BOTH relates to voice AND to the above claim is this: I think if you are THINKING about the rules, voice gets muffled. Ever watch IDOL (any version) and you get somebody doing an intentional warble because they are trying to be Aretha Franklin or something? It seems canned, doesn't it? It is STUPID. No matter how nice the voice, and how well they warble, they are trying too hard and it shows... you don't NOTICE the performance because of the conscious effort by the artist to do what she thinks she needs to do.

When a writer hasn't internalized all the rules, there is a piece that is busy worrying about it and the voice WILL NOT come through as clearly. Now SPELLING RULES and PUNCTUATION can be fixed later. But grammar changes change the sound... word choice changes the sound. Lack of variation in sentence length or using a thesaurus after the fact because you use your favorite word too much changes the sound...

[biased note on why the 3rd person thing matters: I think our instinct as writers is to start with first person as young people... and so it takes GREAT MASTERY to not sound like a young person's diary in 1st person... mastering 3rd person [and I MEAN MASTERING] gives you the ability to spot all those little diary moments and douse the temptation to over-analyze on the page)


FINALLY (and most importantly)--to settle into your voice YOU MUST WRITE. Write a variety of things. Write fiction, write letters, write essays... Write poetry... (even professional or academic work can contribute if it isn't formulaic). I read once that it takes a million words for a writer to finally 'get there.' Sounds daunting. I believe what this MEANS is that is about how long it takes VOICE to settle... That is the point at which YOU become YOU—sometimes in costume, sometimes dressed to the nines, sometimes completely naked... but YOU, under it all (or under nothing, as you prefer).

[A note on 'bit'. Australians use this term as short of 'a bit on the side' which is...well, fooling around... but being the innuendo loving folks they are... THAT meaning sort of takes over... so that is ALWAYS what 'bit' means...]
Posted by Hart Johnson at 12:00 PM

Wanna hear something funny? When I was at my parents' for Xmas, my mother dragged me down to the basement to help sort out some of my mountains of junk. One of the things I found was a folder of writing, including a 2-page essay on my lack of weekends. Both the voice and the topic were such that I could have written it three days ago - it was absolutely indubitably me. Plus ça change, plus c'est la même chose, hein? :-P

Leanne-it's nuts, isn't it--the stuff that sticks. and I almost think we have to test other things, but what we come back to is US.

One of the most instructional exercises I ever had, to teach me that I already had a voice, was similar to the one you described. We were to take an author's first page and rewrite it as our own. The exercise was supposed to be about noticing how we'd want to shift punctuation even using the identical words. Of course, I misunderstood.

When I tried to write the essence of the page in my own words, I inserted characters, had a sassier style, injected setting...

From the moment we chose our story, our characters, our setting, we're already displaying voice, IMHO.

PS: Good topic. Voice is one of the things I need to enjoy about an author in order to invest in them.

Jan, I completely agree--I think an author who is a brilliant plotter will sometimes hit a stinker, but a great voice might make it enjoyable anyway. I have a lot of favorite books, but my favorite AUTHORS have a voice.

Thanks, Hart. We linked to this post today! christy

Great advice. It made me think about a method the ski coaches sometimes use in skiing practice, in particular early in the season. It's called contrast training. First do it all wrong on purpose, leaning too much forward or backward, and weight on inner ski in the turns. Then do it right, with centered balance and weight on outer ski, to feel the difference >:)