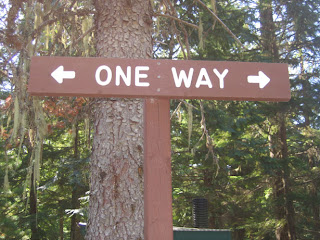 Before I go any further, I should probably warn you that this post is filled with doom. Not just any old doom, but the doomiest doom in the history of doominess.


OK, maybe it's not as bad as all that, but I can be a Drama Queen when I want to be. And I have a habit of exaggerating, not to mention taking things just ever so slightly out of context.*shifty*

Anywho, 'doom' is the word of the day (actually, it's the word of the month for me apparently). *nods* I could tell you that I've already failed NaNoWriMo (I know, there's still a few days left in November, but honestly, I really don't see me writing 30k words in the next five days), so that's pretty doomy. Though to be truthful, quite how I was supposed to write a 50k word novel while my hubby decided to get knocked from his motorcycle, my son got himself kicked off his course for threatening someone with a hammer, my daughter decided to turn into Regan from The Exorcist (seriously, I swear I saw her head rotate last week), my two cats almost died from toxic poisoning from the stupid 'flea repellent' that I used on them, the house was suddenly flea infested, AND my health decided to take a holiday for the past four weeks... well, it just wasn't happening.

See, this is my life. If something bad happens, you can bet that several more bad things will swiftly follow. And sometimes these things are so bizarre that they honestly couldn't happen to anyone else. Or at least, that's how it seems to me. Obviously I am doomed.

I'm a bit odd when it comes to doom. Well, a wee bit evil to be perfectly honest. I enjoy spreading doom, it brightens my day. Oh, not serious doom - I'm not (nor ever have been) naturally inclined towards cruelty - but when it comes to writing stories, I like a good dose of doom to be included. And if I can make a few people cry, all the better. I'm just evil that way. There's something about doomy books that calls to me; some people call these books 'dark', but that doesn't sound nearly as fun as 'doomy', and frankly, 'dark' suggests seriousness, while 'doom' (and my personal variations of the word) can be interpreted in a number of ways.

Doomy - Bad. Very bad, but with the possibility of comic tones.

Doominess - Still bad, very bad, but most likely will contain elements of a slightly moronic nature.

DOOMED - This one shouldn't be confused with 'doomed', as, like 'doom', 'doomed' is still 'bad, very bad', but by capitalizing the word. we have 'DOOMED' instead, which is the Elrond of Lord of the Rings kind of doomed. You don't know what that is? Well, you are obviously doomed. DOOMED I say!!

So anyway, as I was saying, I like to include doom in my writings. I also like to include humor as and when I can, and sometimes include both if at all possible. But doominess is my very favourite thing to write. Probably because my life often feels full of doom. Or even DOOM sometimes (which is slightly more doomier than 'doom').

Anywho... howzat for delusional? Youknowzitmakezsense! See you next week, when I am scheduled for the 'Who Am I' post? That should be fun. I think I'll need to research a bit for that one...

And there is doom metal, a dark and slow sub-genre of heavy metal. Some good bands are Candlemass, Katatonia, My Dying Bride and Anathema >:)

Funnily enough, as I was leaving my friend's house a few minutes ago, she was babbling on about being doomed because of... errrrrm... something or other, I kinda forget 'cause I'm stuffed full of food and we had lots of wine. :-)