So I'm a statistician by day. I know Naked World Leader and Statistician seem contrary, but the fact is, I am both. And you see... statisticians have a very special relationship with RANDOM. Random is when each individual in a set has an equal likelihood to all the OTHERS of being selected. So in the effort of respecting random, I've generated a list of topics that might be interesting, and used a random number generator to choose which one I would blog about.

First I probably ought to define what I MEAN by “Off Limits” … before I define it I mean *shifty* In the Tartiest of terms... 'Off Limits' sets the parameters of who you are (and probably more importantly, are NOT) allowed to lust after. So you can SEE what an important topic this is!

No Way Jose! There are absolute 'Off Limits' people... first and second degree relatives... the spouses of your close friends and close friends of your spouse(I could add an 's' here in case there are a polygamists among you, but if there are, you've been mysteriously quiet about it, and these rules might not apply to the same degree anyway), or... Minors, once you've passed the quarter century mark... the friends of your parents or children, no matter what your age... The parents or children of your friends... I think you get the idea. 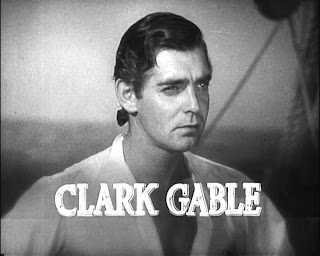 Ollie Ollie In Come Free! And there is a large field of who is absolutely fair game under almost every circumstance. If you are single and a free agent, then the world is your oyster. But avoid people who are already taken. To go after attached people is just bad manners and bad karma. And to go after people taken by somebody you KNOW is cruisin' for a bruisin'.

If you are MARRIED: Hopefully your spouse or partner (certainly if they aren't from one of the above categories) is lustable... the movie, TV, and music stars that really appeal to you and don't fall into any taboo categories ... Literary characters (I happen to know a few people hot for Mr. Darcy *cough*Tara*cough*... The guy you see but will never talk to (except related to location and service) at the gym, the barista, at a restaurant... Pretty much the gamut of folks you will never know... Go ahead... lust...


But there is an awful lot of gray area, and I think it merits discussion. 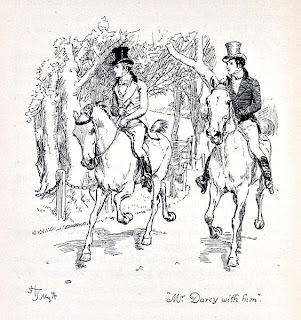 Some 'Off Limits' definitions depend who YOU are... They are the people who would be FINE to lust after if YOU or THEY were actually available.

These would be the people off limits because the the relationship you have with each other, such as coworkers (particularly if you are not equals), the boyfriends or girlfriends of YOUR friends, even if it is only casual, the exes of these friends if it was serious (especially ex-spouses). Someone you know you'd like to date, if it weren't for that pesky spouse and the ring on your finger (or his finger).

Now this gray area gets people into trouble. (yes, I am going back and forth between spellings of gray... I am ambivalent there). The deal is this... you may THINK it's safe to flirt a little... you are both married, it won't go anywhere... but suppose he is a lying, cheating lout (they are out there, you know) and then pursues you! (stranger things have happened). Or suppose the hussy after your OWN hubby SEES and takes a picture with her camera phone! Or suppose it goes just a little too far and then it's awkward and you can't be FRIENDS anymore. NO NO NO, you should NOT lust after people in this gray area!

Purple 'Off Limits' However...

These are the people you can MAKE okay with fuzzy logic. For instance... in my early Harry Potter discussions, there were people with the hots for various characters (quite acceptable) but then somebody (it might have been me) commented on how hot Oliver Wood was... and then was REPRIMANDED!!! Now Oliver Wood is... a STUDENT, and I'm... an ADULT... (not okay) BUT... this is the argument I presented.

You see... HARRY was born in 1980. That means Oliver Wood was born in 1976. Oliver is only 10 years younger than me and this is PERFECTLY acceptable. So by wonky logic, I make an UNACCEPTABLE into an ACCEPTABLE... See how that works? And my marriage was not the LEAST bit threatened, though honestly I prefer Bill (the Hot Weasley).

Or... here's another example... Chris Isaacs... HOT, right?  Especially that deep, dreamy voice... One of my friends complained to me that she couldn't lust after him because he was gay.  My response?  WHY THE HING NOT?  Do I HONESTLY think I am any less likely to do the twisted tango with Chris Isaacs than Johnnie Depp just because the former is gay?  I think not.  I am well within my rights to lust ANYWAY. I wouldn't go so far as to put him on my laminated list, but LUST AWAY.  I can guarantee my gay friends haven't taken Johnnie off THEIR list!

So there you have it. Now you know about Off Limits!

Purple off-limits! Now that's interesting...I hadn't thought about it. And your reasoning makes a lot of sense.

And as for Mr Darcy, well, all I have to say is: Busted! *nods* Though he doesn't compare with my Aragorn. Or Dean Winchester, for that matter.... Or.... okay, I'm going to shut up now.

Sugar--I could have guessed that!

Aragorn-we haven't connected for quite some time. Call me!

Hmmm, maybe we should consult the Lady Tamiadriel, what say you? *snort*

Good post, and statistics is cool; Bayes rocks. Except from that, what more could I say? Well, I think I better keep my mouth shut and my pen in the pocket ... >:)