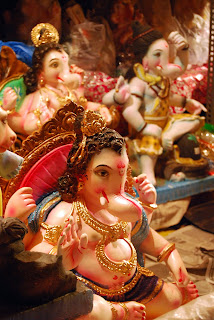 What would you do if a sudden fancy to write a 1.8 million word epic strikes you? If you were even remotely sensible, you would first do the maths- at one word every two seconds, if you write 12 hours a day everyday, you would have the first draft ready in just under 14 years. Assuming you edit as fast as you read, and assuming a reading speed of one word a second, you would be ready to query a little over 20 years after you decided to start writing the novel. A couple of years and a sizeable chunk of the Amazon rain forest later, the manuscript would be ready to be delivered to the editor. Editors read fast, so five years to read the manuscript, fifteen more to go through two rounds of edits. Half a lifetime after you started the process, your book is ready for publication.

If you were sensible, you would not even attempt the process. But the Sages of Ancient India were not exactly known for being sensible, were they? When Ved Vyas decided to write the Mahabharat, he was less concerned about the time it would take, as he was about having ink-stains on his fingers. So, he approached a scribe to take down his work. Not any scribe- Ganesha, the Lord of Auspicious Beginnings. 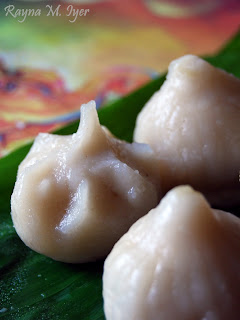 "Why me?", he asked.
"Because nobody else can do it?", reasoned Ved Vyas.
"But why would I want to do it?", asked Ganesha. "What's in it for me?"
"Modaks!", replied Ved Vyas. "Once you finish, I will give you as many modaks as you desire."
"But I already have all the modaks I want."
"My modaks are better than any other modak you have tasted."
Ganesha couldn't resist. "Okay. I'll do it. But let me warn you- you have to dictate constantly. If you let my pen pause, I will not resume, and you have to keep your share of the bargain and give me my modaks."
"Done. But you must only write down what you understand. If there is some part of it that you don't understand, you need to pause till you get it."
"Okay."

Ganesha snapped off one of his tusks, dipped it in ink, and started writing. Ved Vyas dictated continuously, and when he needed to give his voice a rest, he would dictate a particularly complicated passage, so he had a few moments of rest while Ganesha tried to decipher it.

I do not know anyone who has read the Mahabharat in its entirety. It is unlikely I would attempt to read even a translation. But the tradition of oral storytelling is so strong that I doubt if there is even one among the billion citizens of India who would not be able to tell you the entire story.

Random enough? If not, too bad.
_____
Images -
Ganesha, modaks - self
Page from the Mahabharata, courtesy Brooklyn Museum
Posted by Natasha at 12:00 PM

Sheesh. if no one can to read it, why was it written? Kind of defeats the point, if you ask me:)

That's a Hell of an ambitious project! Did you read all of it? How long does that take?

Hmmm... I wonder how many words there are in Goodkind's Sword of Truth... or in Jordan's Wheel of Time. ;-) Definitely better to break the whopping great things up into many many volumes, I think...

Wow. I can't even imagine spending a lifetime on one literary work. I love your stories.

I bet the Greek Mythology, in complete, is very similar, but putting it all into one comprehensive work... wow. Bet that was one tired elephant! Though an elephant who can write so much... no wonder you love them.

I think this was fabulous... a story about writing down the story... as it were.

Leanne-my money is on sword of truth coming in at 1.6 million (guessing 200K a book, which I think isn't far off)

@ Alexandra- the sages of Ancient India, as I mentioned, were not exactly in touch with reality. If they wanted to do something, they went ahead and did it, and people jolly well fall in line.

@ CAH- the Mahabharat is in Sanskrit, where my reading/ comprehending speed is lower than a word a minute, so I have not even attempted it. But I have read several translations. But technically speaking, what we call a translation is actually an adaptation- people translate into a living language the stories that they are most fond of- I doubt if the whole book has ever been translated.

@ ViolaNut - this is broken up into 19 "parvas" too, but given how old the epic is, I guess people just treat is as one huge work now.

@ Shaharizan- there are people who have spent a professional lifetime analysing just one or two characters from the Mahabharat! It is one hell of a story.

@ Hart- this is just the story of ONE warring family!!! But the story does have every conceivable human emotion and situation you can think of, so it could as well be the story of the human race.
And I love the idea of our elephant god scribbling furiously for his favourite modaks!

lol yep that was random ;)
Gargantuan feat
Lyn
W.I.P. It: A Writer's Journey