Since Tuesday is our writing blog, you may wonder what the heck I'm talking about, but I suppose if you knew right off the bat, there would be no point typing up a blog post on the matter, eh? I mean what I mean in two contexts, and they take a slightly different shapes. Let me e'splain... 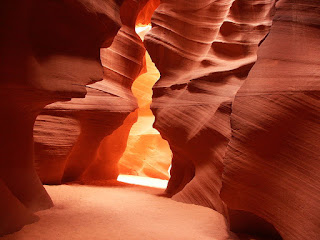 In Between the Idea and the Writing
I call this stewing. I probably should call it fermenting, but frankly I hope I am simmering OFF the giddy drunkenness and bringing my 'out there' idea into a transmittable story... erm... it's not usually a plot... usually it is more of a set-up... that comes first. The best of my ideas need to stew about six months to really be ready to play with, and the VERY best stew six months only to meet up with a couple freshly inebriated ideas so that it has both structure AND whimsy.
Here are some examples of that early SET-UP:
Book 1 (CONFLUENCE): what if I lived in one of these houses that backs up to the woods, and there was a homeless guy living in them... what if he made friends with my DAUGHTER? (then age 5)
Book 2 (which turned out to be book 3, but never mind... part of a trilogy): What if I moved into a house and there were CHILDREN hiding in the attic because somehow their parents had disappeared?
Book 5 (DENIABILITY): What if there were an organization charged with making sure the secret service was paranoid?
Now those ideas are a little intriguing... you might SEE how they caught me. But what the heck do you DO with them? I've tried to force stories, and they end up canned. The characters are two-dimensional and I don't do them service. If, however, I let the idea work its way around my brain for a while, pretty soon the characters take shape... then I can write a scene and get a feel for their personality... then another of those odd ideas will come to me and FINALLY I am ready to write.
I am a solid believer that books don't get written because we are INSPIRED, but because we PERSIST. However, I ALSO believe you shouldn't write it until it is ready to be written--until you can get the bones of the plot down and a list of primary characters. When I started writing seriously, I wrote fan fiction in the in-between--I was writing... just not what I eventually WANTED to write. NOW, I have enough books written but not polished, that I EDIT in the in between {I will NEVER be caught up with editing... the idea always gets ready BEFORE I make a significant dent in my editing pile and HAS since I started that second book I finished (though there is a half-done book between one and two that got abandoned when that other idea finally stopped letting me be}).
So there we have the writing in between... for ME, a necessity.
The Editing In Between
This is about space and distance. If I can set something aside after the first draft is done, I will know I have transcended my human failings. But after first edit, THEN I try to set it aside for a little while. IDEALLY, I do a few critiques for OTHER people, so that I can pull myself far enough out of my story that my eyes don't automatically correct... that my BRAIN doesn't fill in what SHOULD be more explicitly said.
I've managed this, even on deadline, with my Cozy by taking the time to scan for just the main ideas by section, and write them down, and now I am READING it. Yes, I have a pen in my hand (I have not quite managed not editing as I go), but I am TRYING not to edit. I am using post-its to mark pages, and writing in margins things like 'good time to hint at...' and 'were they still fighting?' so I'm reading and note taking, not changing words (erm... if I was doing what I meant to be doing... that's what I'm TRYING to do).

And you know what HAPPENED when I did what I was SUPPOSED TO last week?! A twist on my ending that has repercussions through the story (will get me up to my word goal) and makes the whole thing just a bit more clever occurred to me... because I was ONLY READING, not editing. I needed to be far enough back, and moving through fast enough, to spot the twist that would make it better.
So that is this week's writing advice... allow yourself to take advantage of what happens in between
Permission for Antelope Canyon Picture
Posted by Hart Johnson at 12:00 PM

I still have commenter's block, so I will say this was a jolly informative and sagacious post and be done with it.

The worst book I've ever read was called "The In-Between" but L.P. Hartley's "The Go-Between" is brilliant. Hugh know what I'm talking about.

Aha! So I've just suggested bad literature! Sorry about that! I'm having trouble accessing my brain today, too, but it is more because I'm NOT in between, so anything not related to my WiP seems to be evading intelligible thought... (in other words, I have editing brain)

This is how ideas usually come to me, too. The set up. While I'm editing now, my next set-up is in the stewing stage. Every once in a while I get a new idea that moves it along another rung. I'm hoping I have all my pre-writing answers before I finish editing so I can plunge right in. I should be so lucky!

HA! Yes, I've got two stewing... one is actually a series and I know will take a longer plotting route--the other will most likely be my NaNo this year (both YA, oddly). Fun to find someone who seems to go about it the same way! (sorry blogger at the other spot is being a stinker!)

this is an awesome post, girl! and Yikes!!! The premise for CONFLUENCE freaked the crap outta me! You should write that one...

I like to think I've been stewing all summer. Now I've got to nail my little flippers down and GET WRITING AGAIN!!! gah! :D

The set up is my favorite part, I think! I always seem to get the idea for a victim first (wonder why that is?!)

Congrats on your twist ending!

Oh, Leigh... it's written... and rewritten and rewritten... that is the one that I've had trouble selling because it is long and on the complicated side... And YES--Get writing!

*giggles* Elizabeth-it's because you're secretly evil. Okay, kidding. You're not. It always cracks me up when that devious side of you shows though.

Leigh, I have read Confluence, and it is a GREAT book. Spooked me out like crazy because my son was just a few months short of five years when I read it, but fantastic all the same.

Tami- BRILLIANT POST. I never thought of it as the In Between phase at all. But yes, it is there, and how you conduct yourself during that phase determines who you are as a writer.

Hart- this was really great advice. I get stumped on one project and then just take a break. But perhaps now I will try to work on another project during the "in betweens."