The Burrow would like to welcome Jan Morrison today, as Chary is at Disney World (lucky her). Jan was one of my early blogging friends and is fabulous for keeping things in perspective. There are a lot of people who know great stuff, but Jan surpasses 'just knowledge' to impart a deeper wisdom. If you would like to hear more from Jan on Writing or Life in General, I invite you to follow her blogs. And now, without further ado, Welcome, Jan! 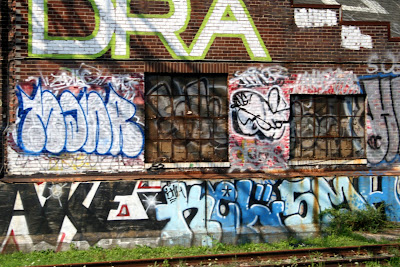 I am thrilled to have been asked to write a piece for Burrowers, Books and Balderdash. I imagine I fall under the Balderdash part of things. I like the word balderdash, which finds a home in my mind next to words like jaboney, nitwit, moolah, copasetic, do (as in an event) and bridge mix. Or phrases like the Queen of Sheba, old as Methuselah, sat below the salt and the bee’s knees.  They are words and phrases that were big in my early youth – the fifties - though they are really words that got going in earlier times. I still use them much to the amusement of my friends. I like ‘em. Feel free to use them if you don’t. You can’t imagine the pleasure of telling some bone-headed nitwit that he’s a jaboney when he cuts you off in traffic. His jaw will drop and your friends will laugh at you. Is that a bad thing?

I understand that it  is Writing Tuesday here at B,B & B. Writing is words, no? In the beginning was the word, according to the Bible. Words are important in all religions – the passing down of sacred texts, of stories, parables, myths, truths and even lineages. In the Middle Ages, poets were called ‘Makers’. We were considered to not only pass on the truth or the tale but create it. 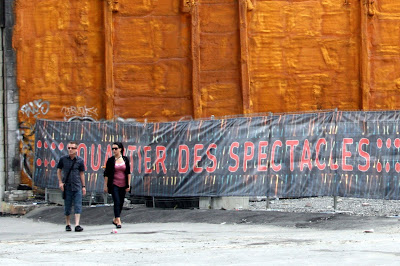 Words are our raw materials – like wood to a carpenter or clay to a potter. Everyone has access to these raw materials and many people use words in their professions – psychotherapists, lawyers, advertisers, hucksters, clergy and magicians. ‘Abracadabra they say – they put a spell on us with their words. Abracadabra is from the Aramaic phrase avra kehdabra, meaning “I will create as I speak”.  Now, like balderdash, it has come to mean ‘nonsense words’. Jeesh – how did that happen?

But for us writers - words are the ONLY tool. We don't use magic wands or juries or pulpits. We use words to put a spell on our readers and to create as we write.

Lately, a friend told me that her younger son at the age of four told her he was writing his grandma a letter. And that he did – one letter – I think it was ‘O’ – over and over again on a piece of paper.  He understood what he was doing no matter what we might think from our elevated state as adults.

Did you know that prescriptions used to be eaten? That’s right. The healer would write the magic healing words on a thin piece of paper and the sick person would ingest it!

Why am I telling you this? Because I want you to know if you’ve picked up the banner with the word ‘writer’ on it and draped it over yourself you have taken up a VERY important calling.  You have decided to join the legion of people who, with all intention or none at all, are creating the world. We  interpret what we see, tell again or for the first time, the things we think are important and use words which on their own are full of potency and power. We are being ‘makers’. Abracadabra indeed.
Posted by Hart Johnson at 12:00 PM

Jan, thank you for such a marvelous post- you spin Magic with your chosen tool. How much better can it get?

Abracadabra is almost a sacred word for me- just like kids need to be shown something before they believe it, and most people need to 'see' a God before they can fathom Infinity, 'abracadabra' was the long representation of 'Om', the sound that created the Universe. And now you tell me that is exactly what the word means- if that isn't serendipity, what is?

Thanks Natasha! I love that you like this! And this is not the first moment of serendipity that you and I have had, sister!
Jan Morrison

Thank you so much for helping us out - and with such a lovely post! I also love the pictures - I've been meaning to take a picture of graffiti myself because there is a fence nearby where I live that has the word "love" written all over it. I don't mind this graffiti so much...

I am with you when you say that writers have an important calling - anyone with the ability to affect people's lives should pay close attention to what they say (or write). Word can make us happy, sad, angry, hurt, empowered and so on - writers have (or can have) the power to give others all of this.

Jan - What a fabulous post - so empowering!!! One thing that strikes me as I read it is just how potent words really are. They are such important tools, aren't they? I think that's one reason for which I love words as much as I do. They are the seeds of amazing creations!

Jan-I REALLY love this post--it is fabulous... a little history, a little empowerment, and a lot of magic. Thank you so much for joining us and sharing your fabulousness!

Abracadabra! What a fantastic post! I love this idea that writing is a creation whether the creator is 4 or 54 or even the Creator!

Mari- I'm really glad you liked my post and pics - the graffiti is from Montreal taken from the train. I love good tags!
Margot - exactly! They can heal us, inspire us, injure us and redeem us...
Hart - thanks, my tartlette, now to get onto nude drabbling...
Michele - thanks deario! I agree - it is ageless.