Thus spoke Pedro Gallardo, governor of San Andres, regarding the survival of 130 passengers and crew following the crash of a Boeing 737 on Monday.

To which I say: Dude, seriously? A miracle? From, like, God? Duuuude! The plane was brought down by a thunderstorm! It might have been struck by freaking lightning!

So you reckon God wanted to punish the airplane, but not the people inside? And he couldn't wait until it was on the ground and empty? 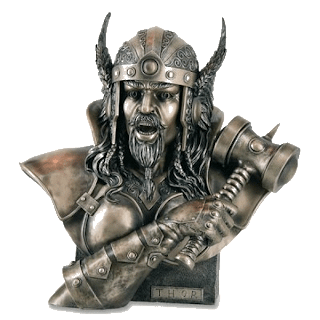 Now, before I mete out any more abuse, let me be clear on two things:

First, Gallardo was not speaking as a panic-stricken passenger who'd just survived the crash. He is a political figure. And the power wielded by politicians morally obligates them to use good critical thinking skills, even if some few (I dare say more than a few) fail to display them.

Second, by no means do I wish to denigrate the man's religious beliefs, only the lack of aforementioned critical thinking.

The passengers and crew had a bit of good luck, following on the heels of some very bad luck. But their survival depended on more than that: It was made possible by over a century of aviation technology; by an airplane body that cracked instead of disintegrating on impact; by seats, supports, and restraints that lessened the damage to their bodies; by the skill of the pilot; and by the rapid response of rescue crews who doused a fire, removed the passengers, and provided medical care.

For those who believe in a God (a question outside the scope of this particular blog post), you needn't restrain your gratitude. Thank Him for the bountiful Earth that makes these technologies possible; for the sturdiness of body to survive minor impacts; and, above all, for the powers of sense, reason, intellect, and choice that make such endeavors possible.

Why do birds build nests?

I'll take a moment while you think of an answer.

I suspect you said (thought) something like this: "To provide a shelter for incubating eggs, so that chicks can be hatched and raised thus passing on the birds' genes." 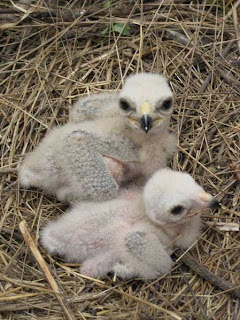 Well, that's pretty much right. But now let's ask: Why motivates a bird to build a nest?

The answer to that one is, surprisingly, very different. It starts when a bird has found a mate (or reached a point of maturity combined with a favorable season, if it's the sort that builds a nest to attract one) and suddenly feels dissatisfaction with the general lack of a nest. This makes the bird want to find a good nesting site and put a twig there.

The twig placement produces satisfaction. All by itself. The bird has no idea that this is leading up to a nest, and not a clue in the world as to the function of DNA.

But with one twig in place comes the desire to add another.

Okay, so how do I know this? Well, with apologies to any aviaphiles out there, birds aren't nearly as smart as we are, and it's quite evident that humans do the same thing. Our own survival does not depend on heavy long-term planning or an understanding of biology.

We collect stuff (that later becomes useful) because there is an immediate satisfaction to hoarding. We organize and tidy up our own "nest" (improving its long-term value) because it seems so much nicer that way. We store up fat reserves because fat is yummy. We develop social bonds because the process makes us happy. We reproduce because it feels good. We take care of babies because they're so darned cute.

After all that, most of us have built up some kind of life that should seem like a miraculous achievement. Set aside the fact that you won't be getting a nobel prize for your DVD collection, or for getting along with your boss, or for potty-training the kid, and focus on the sheer magnitude of it all.

Imagine starting over. Or, better yet, imagine doing all of that without any immediate satisfaction: It's your job to spend 1000 hours playing with plastic dolls, 1000 hours in conversation with mannequins, and you have a list of 1000 (uninteresting) items that you have to purchase and carefully place in an empty apartment.

Impressed with yourself yet?

The purpose of this post is not to help you delay gratification and work harder (but if does that, great). I want to warn you about a mental hurdle.

Or perhaps it's not a hurdle so much as a baby gate. It's something that God and/or nature (again, outside the scope of this post) has put in place to protect you from wasting resources on projects that pure instinct is not adequate to evaluate. 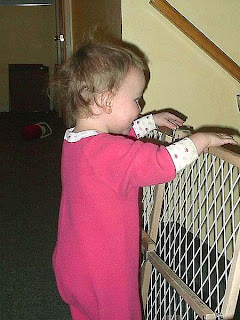 Then the real mental tom-foolery happens when you consider the creation of a modern jetliner and your brain grasps for a superficial comparison-- like buying a ticket and getting on board. It tries to count the steps involved using short-term memory. After all, this is adequate for the latter action (buying a ticket). But it's completely unsuitable for the former. So it seems like a miracle.

Thankfully, we've also been given (idem/eadem) the cognitive tools to make a critical evaluation and jump the virtual gate. Maybe you can't build a jetliner all by yourself, but you certainly can write a novel, finish medical school, or even become a millionaire. In fact, the magnitude (if not the planned focus) of your life's accomplishments thus far probably exceed the necessary effort several times over. Just don't compare it to doing your laundry.

"From now on we'll live in a world where man has walked on the Moon. It's not a miracle, we just decided to go."
- Apollo Astronaut Jim Lovell

Good points about the so-called miracle. I completely agree. Maybe politicians who have their political base among the religious find it advantageous to talk like that, because they should know better >:)

Great points. And now I should go write and do laundry. :)

I loved this, Jason. Poor logic should be kept to cozy corners with beer and old friends... or maybe blogs, but that could just be me. YOUR logic however, I can never fault.

And I like the point of needing to be all over the small steps to stay excited enough to shoot for the things we don't even know we're shooting for, eh? I mean I THINK my end goal is Naked World Domination, but I might have the whole universe and I just don't know it yet.

Oh, I don't know about that. They give Nobel Prizes for all sorts of things these days. I am aiming for the Nobel Prize of Procrastination myself.

Aside from that, though, I agree with you. Baby gates and all.

Decisions can be miracles.