Writing Wednesday: On Being Descriptive 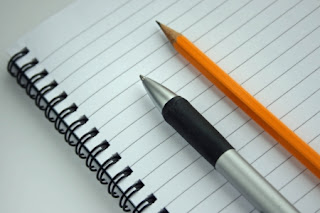 Today, I learned a really valuable lesson in writing. During my Geometry class, an unpleasant situation erupted between two of my students. One student, who has a disability and we'll name Student A, was being picked on by another student, who is known as the 11th grade thug and we'll name Student B. I verbally reprimanded Student B for interrupting the education of others and disrupting the learning process. The bullying stopped and the lesson resumed. Later on in my Chemistry class, Student B again began bothering Student A. I pulled Student B into the hallway and gave him a verbal warning.

During my study hall class (yes, I teach three different subjects in addition to coordinating an entire program at the high school), Student A complained of Student B committing more of the same types of behaviors as above. I spoke to the Dean and told her of Student A being harassed by Student B. The Dean stated that I could not use the word "harass" as that was too ambiguous and only used in court hearings. I thought about it for a moment, somewhat offended that I was corrected by a colleague in front of my students. However, she was right!

Consequently, I sat down and reflected about what I was going to write in the incident report. I used descriptive language and threw in many adjectives and adverbs that applied to the behaviors exhibited by Student B. My statement went like this:

Student A has stated that Student B continuously calls his name aloud during class. When Student A gives Student B his attention, he is met with silence. Student B has made rude gestures to Student A such as presenting his middle finger and then boisterously laughing at Student A's reaction. Student B says to Student A "You're my friend!" in a sarcastic manner and recites this repeatedly with a melodic tone. Student A has asked Student B to desist from this behavior. Student B persists in mimicking words vocalized by Student A. This behavior has caused Student A to become angry with an occasional emotional outburst. Student B has been reprimanded and given several verbal warnings. A meeting with his parents has been requested by his History, Math and Science teachers.

Result of the anecdotal- Student B's parent will be conferencing with teachers tomorrow about his behavior. 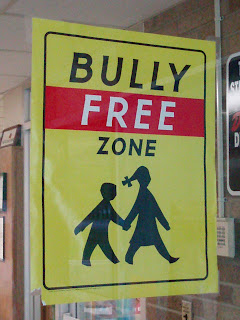 This brings me to today's topic which is being more descriptive in our writing. I am guilty of jumping right into the meat and potatoes and not really enticing the reader with some appetizers. I could go on and on about adjectives and figurative language. However, I won't bore you. I'll just discuss some tricks that work for me.

One tool which I must have when I am writing is my thesaurus. You know, that book that has words in alphabetical order and tells you the various synonyms you could use in place of words like "thing." Just joking. I know most of us know what a thesaurus is and how to use one. However, you would be amazed at how many of my students do not have a clue as to the value of this great writing tool. I often get stuck when it comes to words like "say/said" and "thing" or find myself repeating the same words throughout my work-in-progress. The thesaurus facilitates my writing when it comes to words like "vocalize" instead of say or "aspect" instead of "thing." I love it!

Also, something that I learned when reflecting upon writing the anecdotal above was that I needed to be really specific when describing the incidents between the students. I originally used words like "harass." Nevertheless, the Dean could not really decipher what actually occurred between the students. I had to state how Student B behaved towards Student A. I had to describe the antecedent event, the behavior itself and the consequence (what did Student B get by behaving this way). It was a truly enlightening moment.

Similarly, when writing about characters and plots, I realize that this same principle applies. I needed to be more detailed in my descriptions of the character's internal thoughts, appearance, behavior and interactions with other characters. By expanding the plot with vivid details, the reader becomes more engrossed and can deepen his or her meaning of the text.

What are some tricks that you use to make your writing more descriptive or specific? I really want to know. I can add your tricks into my little toolbox and can even use them with my students.

All images taken from Wikimedia Commons.
Posted by Unknown at 12:00 PM

It's a hard balancing act sometimes, between the KISS principle (Keep It Simple, Stupid!) and the power of specific descriptive language. I like strong verbs the best, the ones that don't need any adverbs to convey exactly how something is being done... but then again I like adverbs too. Oh dear... ;-)

I always use too much descriptive language! I don't leave enough for the reader to just figure out by themselves.
And I LOVE the thesaurus! It is really the most amazing thing ever invented! You have no idea how many times I use that every day!

I know. It really is a difficult balance when keeping it simple to being specific. I guess that's why I read my work aloud so I can see where to trim and where to expand.

I absolutely agree, the thesaurus is one of the best tools when writing.

I use a thesaurus and borrow descriptions from other books. For example, Laurell K. Hamilton once described a character as having eyes that shone like new pennies...I liked that...and Clive Barker once wrote, "He had a smile that would shame a shark". So yeah...those little things creep into my writing and I make them my own.