In a departure from my normal blog style of just screwing around, I thought I'd do something useful. So today I'm going to provide some game reviews for my fellow gamers. 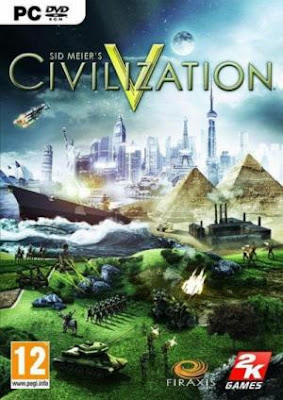 There are more icons on the box than on the control screen.
Graphics: 4
Interface: 3
Gameplay: 1
Ease of setup: -7

Civ 5 removes much of the annoying thinking that cluttered previous versions. If a player does badly in any situation-- say, by failing to expand his empire-- there is a game mechanic which provides a reward. Diplomatic interactions with AI civilizations are no longer governed by visible numbers (that's just too much like a... like a game). Instead, you get to watch animated versions of rival leaders and try to interpret how the graphics team interpreted the design team's interpretation of real people. It's fun in the way that using Classified Ads to find a spouse would be fun if you were completely blind.

In another departure from previous versions, the time-consuming animations that accompany every single move and battle cannot be turned off. Because, dammit, they worked hard on those.

Installing the game is a simple matter of-- wait, first you have to install something called "Steam". Steam helps you by-- um, well, Steam has to run all the time while you're running Civ V, and you kinda need to be logged in with an intrusive online service to use it. But that's what society gets when it criminalizes people who use naughty vegetables or start a business while tolerating software piracy.

Overall Rating: 2 If you want to play Civilization, get Civ 4 and download some of the fantastic user-created enhancements and scenarios (via civfanatics.com).


Hide and Seek
Players: Two or more of any age or species

One or more people hide(s). Another tries to find them.

In one variant, after the 'hidden' party is found, it is shot and killed. This is usually played with deer, who will only play as the "hide" player.

On that note, dogs only work as the "seek" player. Cats, on the other paw, enjoy playing both sides.

Overall Rating: 8 With multi-species options and unlimited potential for innovative strategies, this one's a winner.

Form two teams (boys versus girls is good). Each team creates a line, joining hands, facing the opposing team.
After a quick huddle, "Red Rover" is asked to send over an opponent, who tries to break through any hand pair of his/her choice. If succesful, an opposing team member is captured (joins the other team); if not, the would-be breaker switches teams.

This game should not be played beyond a young age, as greater body mass and stronger grips can lead to injuries.

Unless you want to hurt someone, I guess. Or you're in college and you're drunk.

Cheat Codes: Pick two adjacent girls with whom you want to hold hands and deliberately (or unintentionally) fail to break through. But they first have to select you, so it helps if you're the smallest boy (which I was), in which case it's awesome. 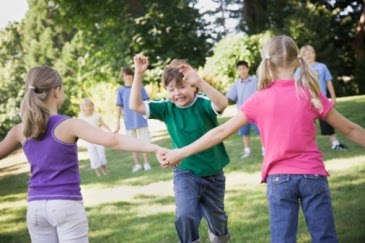 "I feel suddenly weak..."
Overall Rating: 9 The game's single possible drawback is the incantation that summons the spirit/ghost/demon "Red Rover" to send over an opposing player. This subtle occult ritual can lead to later personality problems, cult membership, Satanic rituals, or (in 100% of studied cases) nothing at all.

Chicken
Players: One action hero and one villain

At a critical point in the story, the hero and villain charge one another head-on while driving cars or flying airplanes or steering boats or riding dragons or carrying 50% each of a critical mass of fissile material.
The first to veer off is the "chicken" and loses the game. 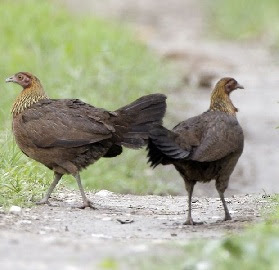 Inevitably, it is the villain who goes "chicken". This is absolutely contradictory to real life, of course, where nearly all villains-- from petty thugs to fascist dictators-- have high risk-tolerance and an unrealistic view of success probabilities.

Overall Rating: 6 Occasionally fun to watch, but not worth playing

Designate an object as "the ball" (a football is good, but literally anything will do). The person with the ball is "the queer" until tackled and forced to relinquish it. Next to grab it becomes "the queer".

It is possible that the game title includes an unfortunate homophobic slur. However, I do not think this is the case. For one thing, the game is old, and the term 'queer' (unusual, standing out) fits perfectly with its original meaning. Also, the person acting as the queer is "winning" (to the limited extent that such is possible) and likely to be considered brave and/or athletic, so an insult wouldn't fit.

Moreover, I remember quite clearly from my junior high days that the proper derogatory term was "fag". Outside of the game, you would never call someone "queer" unless you wanted to imply that he was homosexual and British.

Cheat Codes: None. This is possibly the most hack-proof game ever invented. Seriously, try it. Think you can play with a racquetball or a tennis ball and hide it under your shirt? With fifty sharp-eyed 10-year-old boys watching? Good. Effing. Luck.

Overall Rating: 7 The game has little room for inventive tactics. On the other hand, you can run around and have fun for hours without even trying to pick up the ball and get tackled.

Global Thermonuclear War
Players: One human, one AI, one nuclear arsenal (seriously, a real one), and possibly some Commies (seriously, some real ones)

The object of the game is to:
1. Initiate (or not) a nuclear attack
2. Keep the Commies from joining the game 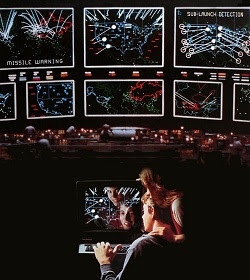 A common complaint about computer games is that they aren't very social. This one is guaranteed to get you out of the house, provide interaction with interesting people, and possibly make friendships which last anywhere from a lifetime to about 12 hours (if you play poorly).

Cheat Codes: Running a simultaneous game of tic-tac-toe will abort the game and keep you from losing. Despite holding off the Commies, it is debatable as to whether or not this constitutes a winning move or is simply equivalent to choosing not to play.

Overall Rating: 7.5 It's better than lip-synching "Danke Schoen" in the middle of a weekday parade.

Good grief! What is that game above? I adore most of your games and am one old grandma who still shouts out for a fabulous game of toilet tag - seriously. Actually, I try and not play tag with my grandkids because I ALWAYS lose, over and over and it is disheartening. We are wild about Mother May I? and What Time is it Mr. Fox? though. I also have invented a game with my grandkids -involving a big game board on a hunk of white plastic (like the oil cloths of old) endless bits of other games, arcane rules, much silliness. It is called The Island of Morag or something like that (it changes much like Calvin-ball).
Thanks. Now I'm going to go chant hairy christmas. see ya.

I'm not a gamer myself,but my kids are; Playstation and WoW and stuff like that. When I was in high school, I enjoyed making games myself on my Commodore 64 (computer games were very simple at that time), but I never liked playing them >:)