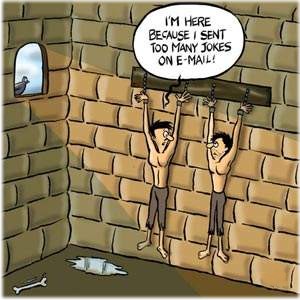 My first post after our summer break should be easy, as it's a 'Topical Tuesday'. There are many different subjects to choose from, and if I'm not inspired, I can always check out Google news, right?

As it turns out, I'm not. Inspired, that is. The last six weeks have been manic, what with extra hours at work and the the kids being on their summer holidays. Most days I didn't have time to think, never mind write anything. I've been pretty much AWOL from the internet since the beginning of August, so my writing skills are definitely rusty (or, if I'm going to be completely honest, rustier, because my writing muscles haven't been flexed properly for months). So as well as being uninspired, I'm a bit nervous about posting, too.

Anywho, I dutifully looked at Google news over the weekend to see if I could find something current that would inspire a few paragraphs. There was a ton of 9/11 stuff, which I steered away from because it is not a subject that I feel I could do justice with. On Sunday I read several pieces from people who were there when it happened, and as well as being very hard to read, they were beautifully done. My efforts are definitely not required.

There were other items in the news, obviously, but nothing was really grabbing at me, so I decided to check again on Monday evening. Decision made, I hit Facebook where my eyes were immediately drawn to a status update from a friend. It was a joke about the September 11th attacks. I won't repeat it here because, well, it was unrepeatable. Beyond poor taste. But it did inspire today's post.

Whenever something awful happens, or a famous person dies, or something else bad that is so big that the entire world knows about it, you can guarantee that there will be 'jokes' flying around pretty soon after.  In these days of texting, status updates and tweeting, these jokes can start circulating within minutes.

We've all done it, whether we like to admit to it or not. Granted, most of the time we 'joke' about things that don't concern us personally, but that doesn't make it any better. Even if we haven't participated in the sharing of these jokes, we have laughed at them, even while thinking oh my God, that's terrible!

Then there are the 'jokes' that are racist, sexist, and any other 'ist' that you can think of. The homophobic jokes, the mother-in-law jokes, the jokes about disabilities, and all the other generally poor taste jokes that go around on a daily basis.

I think a lot of the time, people use humour to cope with grief (I know I have been guilty of this myself in the past), but these jokes don't come from people who are grieving. I don't know who comes up with these jokes, but it definitely isn't anyone with any respect for the people or the subject they are ridiculing. In an ideal world, I'd like to believe that there is only one person responsible for all of the sick jokes that come into being, but although it only takes a single person to start these things, we can't pin the blame on any one person for all of the sick humour from the last few thousand years.

These jokes will always be around, it's a sad part of human nature. And honestly, sometimes the jokes are funny and you can't help but laugh, even when you feel guilty for doing so. But there should surely be line drawn somewhere, shouldn't there? A joke about Michael Jackson's nose problems is, if there is a scale to judge by, surely less disrespectful than a joke about an event which killed almost 3,000 innocent people. Humour is supposed to cheer you up, make you smile, and give you a belly-ache from the severe laughing fit that just overtook you.  Humour isn't supposed to make you squirm.

There isn't a great deal we can do about these jokes. As long as people die, disasters happen, and tragedies occur, there will always be someone ready to turn it into a joke. The question is, how many of us will laugh?

Sadly, a lot more of us than we'd like to believe.

Great post, Tara. It's a difficult line to draw sometimes, isn't it - when is it okay to joke about something, and in what way can it be done to spread light and not further hurt. I'd hate to live in a world where one in most cases choose to not make a joke because one is scared of offending. But obviously, caution is advisable in many instances.

There are jokes that don't riff off other's pain but they are hard to find. Here's one for you - what did the fish say when he swam into a wall?
I'll tell you later...promise.

I think some people joke when they are too afraid to deal with something straight on, but this is such a great point. Jokes that put somebody (or a lot of somebodies) down really aren't funny (unless they are lawyers *shifty*)--no, seriously--I think it has to do with comparisons... people more advantaged than ourselves I can sometimes get along with (politician jokes or something) but mostly I prefer jokes where no one is getting hurt or put down.

As a general principle, I think nothing is too serious to make jokes about it. But there's a limit to everything. Jokes (and cartoons) are a very important part of the freedom of speech, because sometimes they point to real problems. And there will always be someone who are offended.

That was a well written post Tara! You had nothing to be nervous about.

I agree that some jokes are positively in poor taste. However, I will admit that I am guilty of laughing at some of them. My students often tell jokes that have all the "ists" in them and when caught off guard, I do laugh. Does that make me horrible? Not really sure. :)

Mari - Yeah, I believe in basic freedom of speech too, but timing is everything when it comes to this type of thing. And you have to be careful about not going TOO far.

Jan -True, there aren't many 'innocent' jokes out there, are there? And I'm with Tami - Dam?

Tami - Totally agree with everything you say. *nods*

CaH - I agree in principle - I think most things are fair game when it comes to poking fun. It's just the level of offensiveness that I disagree with. Like I said to Mari, you can go TOO far.

Chary - Of course you're not horrible for laughing. We ALL do it at some point.