As I was typing this, I had a brainwave, so I added '*lightbulb* Ooh, I have an idea...' before I entered my status. I'm like that, you see. I type as I think of things. Not a planner at all. Plus typing as I think is kind of funny, like when you speak your thoughts out loud by mistake and end up insulting someone (or is that just me?).

So. Rapture. One big fail, right? Or is it? It's Monday evening and I'm tapping away on my laptop, so I'm pretty sure the world didn't end. Now I don't know about you, but having the world not end doesn't seem like a fail to me. So while it was a fail in one sense of the word, I'd personally call it a *wipes brow* moment.

Then there's that Icelandic volcano thingie. Now, this isn't the first time I've blogged about an Icelandic volcano believe it or not. Just because I know diddly squat about volcanoes (and a whole bunch of other stuff too), doesn't mean I can't blog about them. I mean, let's be honest, if I stopped blogging about things I didn't know about or understand, then today you would be viewing a blank page. But I digress (which is a great way to fill a blog, by the way, if you are ever stuck).

Volcanoes. Nope, still don't know anything about them. The latest eruption is spewing forth a huge cloud of ash even thicker than the cloud that came from Eyjamawhatsit last year and threatening, amongst other things, a stop on British air traffic. 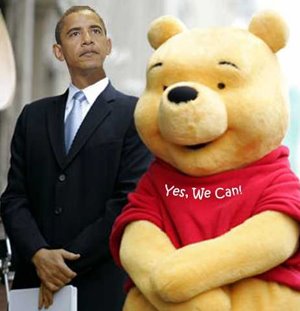 But you don't want to hear about that, right? What about Obama's visit to Britain? I figure most of our visitors come from America or Britain, so this might interest a lot of people. But (there's always a 'but' when it comes to me), to be honest, I don't really find it interesting at all. I dutifully turned on the news to see if anything interesting was being said, but apart from Mr. Obama standing on a podium stating 'Yes, we can!' in his best Bob The Builder impersonation, I can't say that he caught my attention. I actually have no idea what he was 'Yes, we canning' about, I was too busy picturing him in a yellow hard hat and fiddling with his hammer. *cough*

That last bit sounds smutty, and while I usually advocate smut, I strongly deny that any smut was intended here. Seriously. Obama The Builder was a snort-worthy image for lots of reasons, but none of them are smut-related.

The idea that I had when I posted my status update (see, I hadn't forgotten where I was going!) was what if, what if, all three topical subjects that I thought of randomly were actually linked? 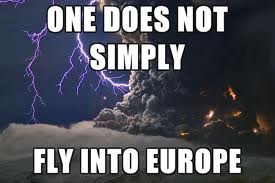 I personally believe that Mr. Obama had a very good reason for flying to Britain. Obviously he didn't believe for one moment that the world was going to end, but just in case the apocalypse was in the pipeline, then he wanted to fulfil his life-long dream of seeing his idol, a certain Bob The Builder, live on stage. *nods*


Of course, in the event of Rapture being a non-event, he needed an excuse reason to delay his departure from British soil. Hence the superb timing of being away from home during a time of probable airline shutdowns. *nods again* Now Mr. Obama (and his reluctant wife) will be able to see Bob The Builder in all his glory, and perhaps Mr. Obama can personally thank Mr. Builder for giving him his catchy 'Yes, we can!' slogan at the same time. *nods for third time*


It was obviously all planned.


Oh, and I know, this isn't Delusional Thursday, but seeing as I'm pretty delusional most of the time, this post is typically me, and thus topical (the link is a bit of a stretch, but when reading delusional, I advise you to go with the flow). 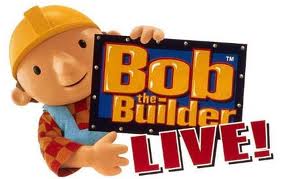 oh Tara thankyou so, so much. I needed delusional anythings right now! and Mr Obama and Mr Builder were perfect! The vision of Mr Obama hrhem 'fiddling with his hammer' um well er ah... yes, well...
Obviously the whole event was timed to perfection. But you saw through the ruse and shared it with the world! *cheers long and loud

This is so obviously all true. I bow to your brilliance.

Such a great post. I forgot about the whole Bob the Builder thing.

Also the world not ending thing puts 2012 into perspective. Maybe we all will be here in 2013.

Sue - happy to be of service!

Jan - Of COURSE it's true! I have inside information, obviously. *nods*

You definitely know how to unravel a conspiracy. Well done, my friend! *snort*

I can't stop giggling. You had me at Eyjamawhatsit. *falls off chair*