26 Ways To (Hopefully) Entice An Agent 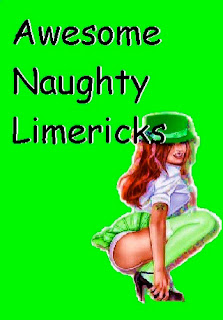 I'm bang out of ideas for Delusional Thursday, and while this post should have been written and scheduled by last night at the latest, here I am posting late. My lovely co-Burrowers suggested I post the limericks that I wrote for last month's A-Z Challenge.

So the title says '26 Ways', but I won't subject you to all twenty-six (or twenty-seven if you include the one from the reflections post) limericks, but I will instead offer a small selection. It's been suggested by a couple of people (both readers of my blog and fellow Burrowers) that I should compile all twenty-six limericks and try to get them published. I'm not sure how or even if that would be possible, but it's something to think about.

Oh, and in case you're wondering what this has to do with Delusional Thursday, well, I'm pretty sure the limericks themselves will explain that...

So without further rambling ado, here are half a dozen limericks from the April A-Z. See if you can guess the letter of the alphabet that they are supposed to be based on!


To write to set rules can be tricky,
When counting the words I am picky.
I hope it's not babble,
That makes up my drabble,
With words such as 'clicky' and 'jicky'.
#
Making up words is a must,
When your keyboard decides to go bust.
It's really frustrating
- or make that fwuztwatin
When your 'r' has bitten the dust.
#
What sets your heart rate to thumping?
And gets your blood really pumping?
I'm sure you can guess,
But will you confess,
To a wish for daily humping?
#
The Kair of Diff is a big hit,
Wiv those wot likes alirrle 'bit'.
Oi oi, dunt be dense!
Youknowzitmakezsense!
Join the clarts and the slags, like innit?
#
A limerick is quinquefarious,
With themes that are sometimes nefarious.
Add some odd quotes,
And maybe some goats,
The result will be quite hilarious.
#
Women are oft called inferior
(In spite of their shapely posteriors).
But men have x too
(Though women have two)
Hence women are vastly superior.
#
I'm guessing you get the delusional vibe now...
Image borrowed from here.
Posted by Amber T. Smith at 12:37 PM

*gigglesnort* I TOLD YOU! I'm sure an agent is going to run in and INSIST you need to put this in book form!

Okay, improvement, this post is back at least! Now I guess we wait to see if the comments for Wednesday and Thursday show up...

There once was a wizard of oz
who chose to retire because
in over a century
he found no blonde wenchery
and so in the madness he was!

These are so AWESOME!!!!!! Loved the limericks, Tara.