Education for All - Falling through the Cracks 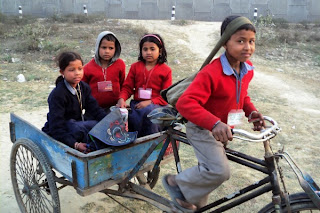 Eleven year old Kalimuddin's family migrated to the city of Kanpur to escape griding poverty in their village in North East India. Though they were willing to work hard, ragpicking was the only job which his parents could find. The family lives in makeshift housing near the garbage dumping grounds, and spends their entire day sifting through the garbage to find things that can be re-cycled. Kalimuddin's day begins at 5 am, when he is at the dumping ground going through the garbage to find anything that can be re-used, re-cycled or re-sold. At ten, Kalimuddin had never stepped into a school- there were no schools in his locality, and even if there were, he was too busy working to think of an education.

Kalimuddin was only mildly interested when an informal education center was opened in his community. What convinced him to enroll in the "Apna Skool" was the fact that the classes were being conducted in the afternoon after he ended his working day. He is now so passionate about going to school, that even after his family was forced to relocate to a different locality, he continues to cycle 4.5 miles to get to school, and even ferries other younger kids to school and back. 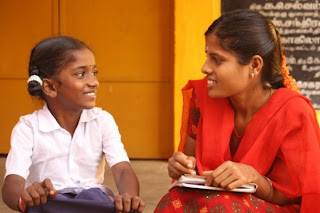 Nine year old Arthi is enrolled in grade 5 in the local government school in her village of Amirthapuram in Tamil Nadu. Though she is a regular student, who wants to learn, a year back, she was struggling with her classes because of the poor quality of teaching in her school. She could barely read simple words, and struggled to subtract double digit numbers. Arthi is the name behind the statistics thrown up in an independent study conducted on the state of learning in India - "While 99.5% children between 6-10 years of age attend primary school in the state of Tamil Nadu, more than 50% of them cannot read a simple story or subtract 2-digit numbers."

Arthi was one of the lucky ones. Her problem was spotted and she was enrolled in a remedial learning program. Today, not only has she mastered her numbers and letters, she helps other students learn the 247 syllables of the challenging Tamil-language alphabet. 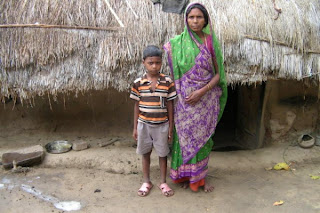 Nine year old Anuj belongs to the Musahar (rat-eating) community, which has been officially notified as a "criminal community" by the Government. Though enrolled in a local school, he was discriminated against, and not allowed to attend classes with the 'higher caste' children. His widowed mother was contemplating pulling him, and this three siblings, out of school because she could not think beyond the squalid conditions in which the family had lived for centuries.

Anuj was lucky enough to be noticed by a school that offered him free education in their residential school in Patna. Anuj is now doing extremely well in school, and dreams of studying engineering in one of the top institutions in the country. 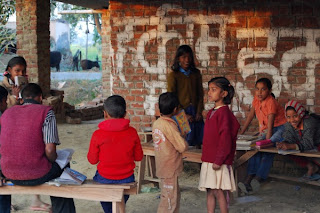 In theory, the Government of India guarantees the 'Right to Education' of every child. In reality, millions of children like Kalimuddin, Arthi and Anju manage to slip through the cracks for a host of reasons.

Drive through rural India, and the largest building in almost every village is the government primary school. Unfortunately, almost all these buildings are deserted, because few teachers, if any, choose to show up, and parents see no point in sending their children to schools where there are no teachers. In the evening, in the same villages, you find dozens of children crowded into tiny sheds which double up as private 'coaching classes'. Parents who can afford to do so send their children to these classes, often conducted by the teachers who employed to teach in the government schools, the rest of the children end up dropping out of the system. 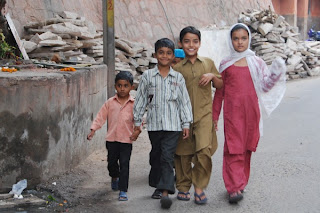 Though it is illegal to do so, in both rural and urban schools, teachers discriminate on the basis of caste, creed, religion and gender. Students belonging to the lower castes are often forced to sit so far away from the teacher that they cannot hear what is being taught in class. Once these children drop out of school, it is almost impossible to get them back into the system.
The education system in India is stacked against girls. Many girls, especially in larger families, are often forced to drop out of school so they can tend to younger siblings while the mother goes out to work. Girls who escape that fate, are often forced to drop out of school after they attain puberty because most government schools lack proper sanitation facilities. Across the country, non-profits have found that the immediate effect of constructing toilet blocks is a drastic increase in female attendance, yet school buildings continue to be built without adequate facilities. 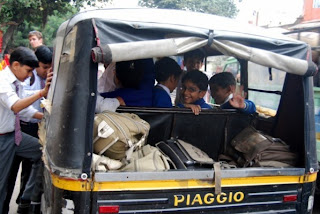 There is a large population of migrant laborers which spends six to nine months in the cities, and returns to their villages during the harvest season. Since there is little or no standardization in curriculum across schools, the children of these families are never enrolled in any school.

Is there a solution? Organizations working in the field will say there are. Is the Government listening?
Posted by Natasha at 4:42 PM

Oh, Natasha, this post is so IMPORTANT! Education is a MAJOR point for reducing poverty, improving global health, and ensuring gender equality. These kids need all the help they can get - and when they do get it, they pay their community back with interest. So glad you brought up this topic, and I'm glad we have people like you who actually make a difference in their daily lives :) Thank you!

Wow! I cannot believe that all of those biases are prevalent in the Indian education system and the government does nothing to alleviate or correct it. Perhaps because I am from the US, it is difficult to understand the caste system. I am utterly speechless. :(

Tamil is ancient language the classic form is preferred for writing and public speaking, and is mostly standard across the Tamil letters speaking regions; the colloquial, spoken form differs widely from the written.