Some of you may have gotten the impression that I'm one of those crafty types. *glances around at shelves of yarn, basket of fabric, and more kinds of needles than you can shake a crochet hook at* I suppose that's putting it mildly.

Anyway, due to a certain upcoming American tradition starting to overrun the rest of the world, I think it's pretty safe to say we all know what happens this weekend. Yep. You got it.

And being all craft-tastic and stuff, of course I'm making my own costume. Er, costumes. And props. Like rats.

That probably needs an explanation or two.

So, last week several of us decided to go take in the local Renaissance faire - it's fun, it's a good excuse to go geek out, and let's face it, where else can you see a barbarian horde in full battle gear wandering around eating turkey legs the size of their heads? As anyone who's ever been to one knows, however, dressing up is at least half the fun, so about 6 weeks ago we popped over to the fabric store, got patterns and materials, and have spent much of our free time since then whirling together suitably elaborate outfits.

With me so far? Okay, so at said faire (it's too much fun to add the extra "e", sorry) there were really insanely ridiculous amounts of boobage on display, mostly due to corsetry. So what do I do? Well duh, I go to the corset shop. Let's be honest, it is a major ego boost when the shop chick wraps a measuring tape around your waist and says, "Oh hell, I don't know if we have anything small enough!" Heh. That was fun. Anyway, so despite my lovely purple gown (with silver dragons {you didn't really think I wouldn't put dragons on it, did you?}), now I want to wear the corset for this weekend's Halloween party.

Said party is held annually by my friend Jenn, and there's always a theme. Last year it was monsters, so I went as Nessie. This year, it's pandemic - do you see where the rats fit in now? So my original plan was to use my Ren faire gown and just be all sorceress/princess/whatever and have a prop rat to cast bubonic plague at people who piss me off (or get in front of me in the keg line). But now... well, between the corset and the fact that Jenn's fiancé is terrified of gypsies, I seem to have morphed into a gypsy woman (still casting plague curses, though). So off I go to the sewing machine again - and I seem to have forgotten to mention that I suck rocks at the sewing machine. We're talking manage-to-make-it-make-horrid-noises, get-every-possible-thing-tangled, fabric-gets-eaten suckage here. 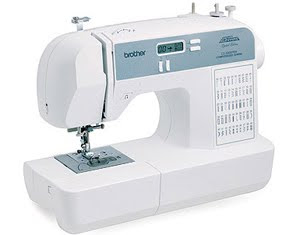 The puffy blouse pattern has a total of 6 seams and 4 hems. Now taking bets on how many I screw up... leave your guess in the comments and I'll let you know who wins. Guarantee I'm losing, though. Here goes nothing...

(We're not even going to talk about the mountain of knitting I'm supposed to be completing for impending babies, birthdays, or those other holidays... okay?)

Why do I suspect your version of suckage would make me so proud I would run through the streets bragging? Pretty darned sure your standards are very high. I hope you have a BLAST in your fabulous costumes!

Seriously, Have fun and don't worry about the costume. I'm sure it will be fantastic. I can't sew a lick.

Marjorie - I will have much fun at the party; I just need to finish the sewing early enough that I won't have a cow. :-P

Something tells me your costume is going to be fantastic!