The People Vs Tara Smith

We are here, my friends, to prove the fact that Tara Smith is insane. It will be a short trial, with little dialogue and some photographic evidence. But we have little need for a long trial, as you will see...

The People: I present exhibit number one: 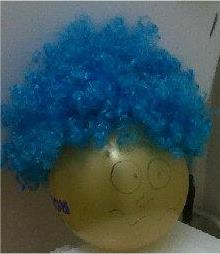 This, I believe, is a 'person' that was created in your place of work.

Tara Smith: Yes! That is Eric Spartan, Zombie Hunter Extraordinaire! But, you can't use this against me as I had no part in his coming into being. *nods firmly*

The People: That may be the case, but we will now turn to the events of Saturday evening, February 4th, 2012.
Tara Smith: *shifts uncomfortably in seat*


The People: Did you, or did you not create two other 'people' on this occasion? And name them 'Ginger Ninja' and 'Penelope Purple.?
Tara Smith: Well, erm... 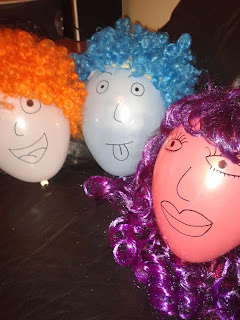 The People: And then, Tara Smith, did you, or did you not, proceed to scalp these newly born people?
Tara Smith: Well, I wouldn't say that... 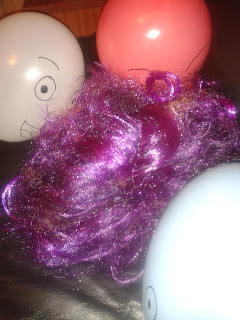 The People: And then, after this massacre, did you decide that cross-dressing your imaginary person would be an acceptable thing to do?
Tara Smith: Well, I've always believed that a little cross-dressing never hurt anyone. 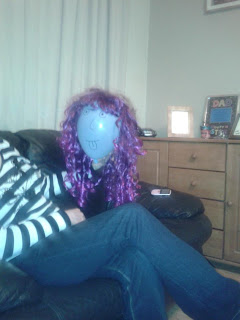 The People: And after this cross-dressing, did you then decide that using a scalp as a beard would be funny?
Tara Smith: You have to admit, it is kind of amusing... 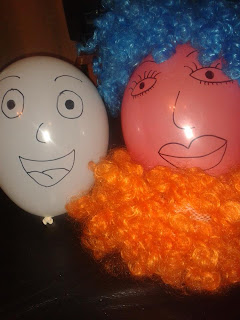 The People: And once all the shenanigans were over, did you ruthlessly throw your new friends into the corner while you continued consuming copious amounts of vodka?
Tara Smith: I wouldn't say we were ruthless. A little unsteady on our feet, perhaps, but not ruthless. 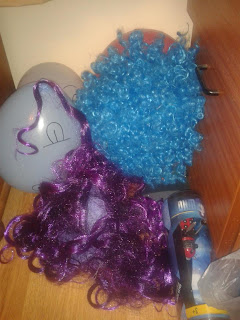 The People: And finally, Tara Smith, did you, or did you not, don one of the scalps and laugh like a hyena?
Tara Smith: *tries to look innocent*
The People: After seeing all of the evidence, which cannot be refuted, what say you now, Tara Smith? We, The People, say that you are insane. What is your response? 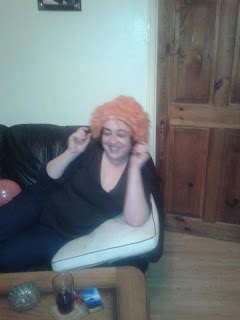 Do I want to know why you have all those fright wigs lying about? I mean, really... ;-)