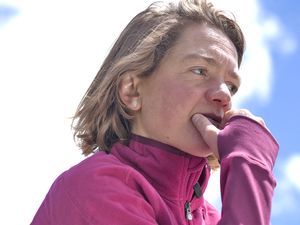 When you look at the lady in this picture what do you think she is?

Thirty-five year old Dr. Elizabeth Hawker is a polar oceanographer who has worked with the British Antarctic Survey, and was the consultant author of the Oxford University course-book which accompanied the BBC's Frozen Planet series.

So it is one of those rare cases of the photograph describing the person. 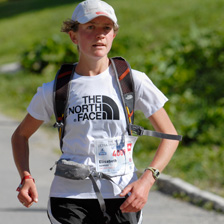 Not really! While she is all of that, Lizzy Hawker's claim to fame is something quite different. Quite simply put, Lizzy Hawker is Britain's Top Endurance Athlete.

Three weeks ago, she set out into the unknown in her first 24-hour race, and proceeded to cover a world record distance of 247km, over 3 kms ahead of her closest (male) competitor.

And now, she is off to the Kanchenjung Base Camp, from where she will set off on a run of move than 1,600 kms on the Great Himalayan Trail- a journey, which she expects to be spiritual more than anything else.

So, apart from the fact that a photograph didn't tell the whole story, what's so delusional about it? Nothing really, except the fact that forget the general populace, even among long distance runners, she is almost totally unknown. While the Paula Radcliffes continue to gather media attention, she cannot even lay claim to being forgotten- you first need to be known, before you can be forgotten, and she is totally unknown. 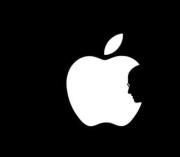 Her's is not the only case of mis-proportionate media attention. When Steve Jobs passed away, bankers, writers, students and consultants all changed their face book profile picture to the white apple on a black background. Newspapers are still full of random people paying tribute to him, and making him out to be some kind of a demi-god.

And when Dennis Ritchie passes away, it is almost a case of "Dennis Who?". His work revolutionalized program coding as we know it, and yet, few are even aware of his passing. Not for him status update tributes like, "Growing up, I hated apples, but you taught me to love Apple. RIP Steve".


There is so much information floating around these days. Why then do we still know so little about things that should really matter? Delusional anyone?
Posted by Natasha at 1:29 PM

So true, even with mass media and more ways to get the news than ever, it's still lopsided in many ways. Well put.

Because media focuses on the wrong things. The things that will bring more attention to the media.