The Weight of the World

As of late I've been carrying the weight of the world on my shoulders. I know that I, as a historian, should be able to distance myself from the terrible things I read about. I should be able to treat it professionally, and without letting my own emotions or morality get in the way.

World War Two. The largest conflict in human history. Unfathomably large numbers of people killed, wounded and abused. Unspeakable atrocities on all sides. If World War One was what lost us our innocense, World War Two certainly confirmed that there was no way back. The loss of civilian lives were not only collateral damage in this war; civillians were targets.

Reading about air raids, firebombings, Manchuria and - last but definitely not least - the atomic bombs, I feel obliged to remember that this is more than numbers and figures. It's about people. People who suffered. Who died.

And it's about people who made decisions. 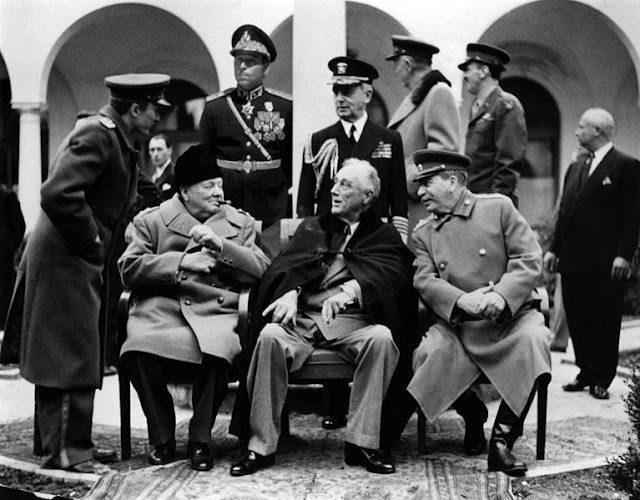 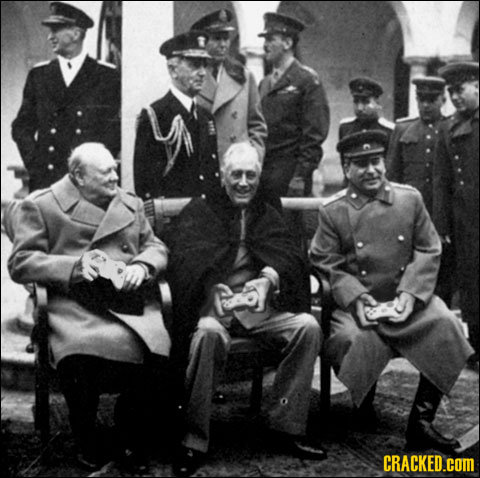 People we with time can laugh of, even if their decisions had extreme consequences.


Consequences I want to keep in mind, even if they make my days bleaker.

No one if neutral or objective in history. No one should be. Even if we need to understand more than one aspect; we're allowed (and, in my mind, bound), to have opinions and bias. You just need to be aware of it, and try not to let it affect your professional work too much.

If you want to carry the weight of the world too, you may watch the video below. It is long. But it should make you feel something. (And not just about atomic bombs, if you make it past the first ten minutes)

My sincerest appologies for forsaking "Writing Wednesday" for "Cruella pours her heart out (but still couldn't resist the photoshopped image of the 'big three'...)".
Posted by Cruella Collett at 12:00 AM

I think all people are both good and evil. Depending on the circumstances, one or the other will dominate.

I did feel Mari and truly regret those bombings on Japan. But that is the world we live in- "you bomb me and I bomb you." It's petty and childish but unfortunately, reality. Perhaps, the human race will eventually learn to deal with differences without using violence. I don't know. :(

Oh, Mari-I think it would be downright depressing to dig into a lot of that. Even the 'heroes' did some crummy things, I think. Extreme times make for extreme people. Look how many people we see as 'larger than life' from that era--because that era is larger than life.