Reading a Series: the dangers and delights 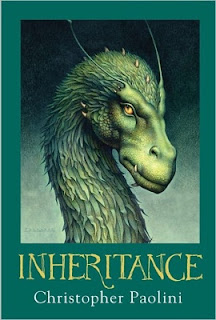 For both the reader and writer there are risks and rewards to series. I've read several. The ones I read with my kids we seemed to REREAD earlier ones when a new one was coming at least part of the time. And those books became friends—part of who we are as readers. Harry Potter in particular—any regular reader here knows that. But there were some other ones. I've also read series that I first met when the whole thing was written. This increased familiarity really made these books feel like a part of us. 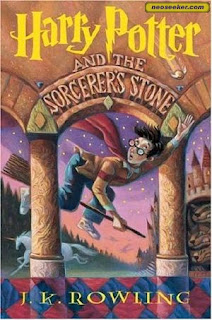 I have to say, when it WORKS, I really adore a series. I love a world I can immerse myself in for several months—read several books all related to each other.

But I think the publishing world causes some difficulties. For one, the commitment for an author to write a series is huge. And a series is far better if it is at least broadly planned from the start—one long coherent story. Harry Potter is a beautiful example, but even there, she had some things I think she would have changed had the later books been written before she published.

And if the author only writes them one at a time, they can so easily get written into a corner. The story can peter out.

Some books we DON'T read again for whatever reason. Were I not now in a place with a way too deep TBR pile, I probably would have reread the Eragon books... And I think I'd be more compelled in the one I'm reading.


I hear this happened with George RR Martin recently, though I have not gotten to his books on my list yet. But there was apparently a long wait, and then when it came out, not quite full continuity... as if he changed his mind along the way about what he wanted to write about. 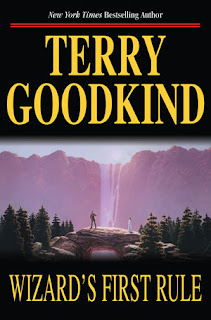 Sometimes, the first book is one thing, then it seems the author gets their series inspiration—I am thinking of the sword of truth series here, where the first book is all about one bad guy and the next nine about another.

I have written a trilogy, but I think that may be as long as I am capable for one cohesive story. Serial stand-alones are another matter, but a true series... I'm not sure I have a really long one in me.


I know that is a great meandery set of thoughts, but in terms of reading at the moment, it is sort of what I am thinking about...


Do you have series you love? Series that have disappointed you? Do you have goals of writing one at any point? How long?
Posted by Hart Johnson at 12:00 PM

Honestly, The Chronicles of Narnia disappointed me. I couldn't find the continuity in those books that I have found in other series like Harry Potter or The highlander ( Outlander, etc.). I don't think that I could write a trilogy so I tip my hat to you for already doing so.

The George R R Martin series bugs me. I really enjoyed the first five, but when the latest one come out I couldn't get into it, and because I was late to the series, I didn't even have to wait long between books. I think it's definitely harder to write a 'tight' series than it is to write a single book.

I read series when I was a kid, the Hardy Boys and Western books, but not anymore ... actually, I read two books by Jo Nesbø in 2011, maybe I'm getting back to series reading >:)

I just finished Inheritance and I have mixed reviews. Paolini did a good job tying up the loose ends after a few thousands rambling pages, but the whole series went on way too long for my taste as a reader. I think the story would have been more memorable and more tense if it had been written tighter.
His writing skill doesn't wow me eg, "The air smelled like the taste of iron" and some overwritten descriptions of visual details and unclear descriptions of spatial relationships. But I stayed with the series all these years and was interested in seeing it through. I'm glad I did, but I'm glad it's over.

I love series and write in series. I thought Goodkind drew his series out longer than he needed and now he wrote another one to add on to it. But I love his writing so I'll keep reading.
I do hate it when an author takes years and years to get the next book out after letting us with a cliff hanger.

My boys loved the Captain Underpants series and the Lemony Snicket series. I find that I have a hard time getting through more than two books. I often like the first one best. That said, I'm going to write a follow up to the YA speculative thriller I just launched.