You really don't even need to ask. If the question is something about how long the editing took/will take, this is always the answer. Longer than Expected. 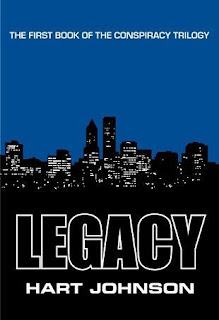 It's possible this error has to do with a gross overestimation of my efficiency. And I really do confess to delusions about my own abilities. I'm an optimist and I just always assume everything will be easier than it is. And for the record, people like me get more done because once started, you are sort of committed, where people with realistic expectations know a lot of things will just be time sucks. (yes, I used suck as a noun)
But I think the reality is forgetting. EVERY. TIME. Just how darn much work it takes to clean something up.
Let me tell you about my winter.
2012 began about three days into a ‘final’ polish for LEGACY (the book I intended to (and did) enter in the Amazon Breakthrough Novel Award contest). I intended this to take about three weeks—heck, it was just a read, after all. Two things:

2) It ISN’T done. Oh, done enough for the contest, but a major strand occurred to me, so before I’d consider submitting it elsewhere, I have another layer of editing to do (a subplot that ties the other stuff together more strongly)—it should be noted the next revision will be numbered 12, I believe.

Part of the reason three weeks became six is in the MIDDLE of that, I had to start another revision of BEGONIA BRIBE—this book will be the death of me, just FYI. My editor had some things that I just hadn’t accomplished when I turned it in in September.

1) The pacing was wrong—body too late.

2) The gardening themed book was low on… you guessed it… gardening.

The first three chapters had to be done by Jan 31 (the reason for the LEGACY delay should be apparent), but then finishing LEGACY and getting BACK to BEGONIA BRIBE… finishing took to the end of February—not THIS should have been relatively quick, too, but the moving around of the beginning had HUGE ripple effects through the first 2/3 of the book. THANKFULLY, when I finished, my fabulous friend Stacy had time to make sure it wasn’t gibberish.

And then in March I began editing CHRYSANTHEMUM CAMPAIGN, and here we get the more focused view of why these things take so much longer than expected.


CHRYSANTHEMUM CAMPAIGN Edit, Round One

I finished writing my first draft of this December 29 and let it sit for two months (this is good—a couple months equals fresh eyes). Then in March I read it, making what I couldn’t keep myself from marking…

[see, ideally I would just read first, for the big picture stuff that needs changing. But this is beyond my ability]

Because of the marking up, this piece took three weeks—making the smaller edits, and marking the where and the what for bigger edits. That round has a lot of marks like, [look up heirloom fall flowers and describe garden]…

As I read it again and marked the newly edited version, I discovered such things as:

1) Later story needs a character that X, so must be introduced earlier 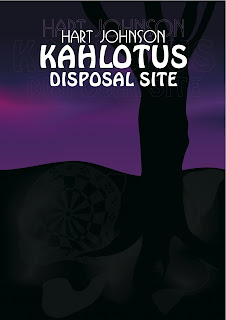 See, first time through the book these continuity issues don’t get spotted because it has been too long since first read. So I HAVE to have this second full read that I had completely not accounted for in my planning.
Then the continuity scenes you just noted have to be written (this is where I am now, when I SHOULD have gotten the book to two lovely beta readers on April 1st)
Ideally I’d go through again to polish, but they know it hasn’t been polished—this is a read for feedback on plot, characters, continuity and pacing—not word/sentence level feedback.
I will do that smoothing next round… because after feedback I ALSO will need a three layered edit.
While I wait for feedback, I will do my next round of editing for KAHLOTUS DISPOSAL SITE. Should take me about a week.
How about you? How realistic are you about how long things will take?
[Book covers designed by Joris Ammerlaan]
Posted by Hart Johnson at 2:11 PM

Longer than Expected is most definitely the right answer. I know that now. I thought my edits would be done by the end of January. Here it is now, mid April and they're not quite there yet. The good news is, I'm down to one layer of post-it notes on the monitor so I must be making progress.

Good luck with them...

Why oh why does editing feel like getting a root canal? I thought I would be done with wIP a month ago...ack!!

Guess it feels a little better that I'm not the only one? Maybe?

I like the editing process! But yeah, it takes me forever.

I'm like you, I tend to be overly optimistic with my time frames and always overrun.

Have I told you that I wish I could be you! I wish I had that determination and perseverance when it comes to writing. Go ahead girl. Can't wait for Azalea Assault to come out. I pre-ordered. :D

I just started putting myself on a schedule - and it was a good thing - butit does seem to take more time than planned...