Friday Free For All: Hair

Hillary Clinton once stated, “I am undaunted in my quest to amuse myself by constantly changing my hair.” My hair is my curse, my blessing and my identity. It is the defining quality that can either increase my self-esteem or bring me to crushing lows on a bad day. Most individuals feel that this is shallow and in some way self-deprecating. However, I adamantly believe that hair can rejuvenate, define and empower an individual.
During my childhood, I had long, dark brown, curly hair. My mother, who is dark-complexioned with wavy, frizzy hair, often told me that I have “white girl hair for a Puerto Rican.” I took offense to this because I was different from everyone else in my family. It wasn’t until fifth grade that I cut it to shoulder length, which resembled many of my cousins' hairstyles. I found my long hair to be difficult to manage and maintain. I spent endless nights in uncomfortable rollers and endless hours blow-drying my hair to make it straight. It never lasted very long as my hair is prone to frizz up on the least humid of days. It was a relief to cut it short and keep it at a more manageable length. This triggered my journey into buying endless hair products and trying many hairstyles. In junior high school, I discovered hair dye. My plain brown hair did not distinguish me amongst my peers since most were of Hispanic descent with dark, brunette hair. My first dye was red. I had always dreamed of being like Madonna and having red hair with possibly blond highlights. Back in the 1980s, the media played a huge role in determining the transformation and fate of my brunette locks.
Consequently, it wasn’t until my fifth or sixth hair dye that I realized how lethal they can be and how my decisions could inadvertently affect others. My younger brother, who was diagnosed with Attention Deficit Hyperactive Disorder, was busy playing with his toys in my room. I had mixed the dye and set it on my dresser. Before applying any of the dye to my hair, my mother had called me to make her a cup of coffee. When I returned to my room, my little brother had a brownish-red liquid around his lips. I screamed and my mother entered my bedroom. She called an ambulance and fortunately for my little brother, his stomach was pumped of all its contents. We returned home and I vowed never to use a hair dye again. 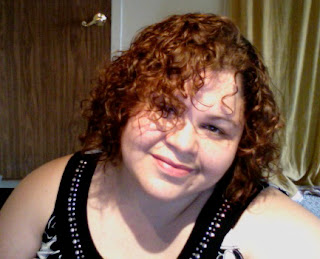 Unfortunately,this vow was broken in less than three months. I was sitting in my seventh grade homeroom class when I heard snickering and giggling behind me. Three other girls (who shall remain nameless) were pointing and laughing at me. I rolled my eyes but the taunting continued. One of the young ladies then called out, “Shaharizan. Who does your hair? Crackheads? Because they missed your roots!” Many of my classmates found this comment to be hilarious. I was mortified as I ran to the bathroom to collect myself. At lunch, I sat by myself, although my friends tried to assuage my bruised ego.
Later that day, I stopped by the drug store and purchased more dye, which I used that evening. I chose the bathroom as it had a lock. My hair dye was inaccessible to my brother. The next morning, I blew my hair straight, applied lipstick and put on the best outfit I could find. When I walked into homeroom, there was confidence in my step and I stared at the young ladies who had mocked me the day before, challenging them. Not one word was uttered as I gingerly sat at my desk and flipped my hair over my shoulder. I knew that my hair was directly proportional to a raised self-esteem. This attribute would remain with me through various periods of my life. 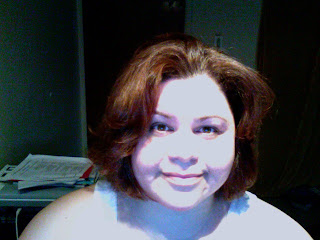 (Yes, I have a shirt on, it's a tank top. :D )
Afterward, my hair became that single defining quality which I could control when all else was utter chaos. My first marriage ended badly. My self-esteem was at its lowest and I could not find a solution to supporting myself, raising two young children alone and finding housing. My aunt, who is also my role model in life, gave me money to “enjoy myself”. However, I decided to go shopping for clothing which would be appropriate for the workplace, cut my hair at a salon and color it at home. The very next day began the often disappointing but necessary job search from one establishment to another. My aunt saw that I was struggling and informed me of an opening as a school aide.
Providentially, I was able to style my hair in a very pleasing and sophisticated manner. I acquired an interview and was hired that same day. It is funny how things work out. I also met my second husband that day and have never been happier with anyone else. I have my aunt and my hair to thank for that blessing. 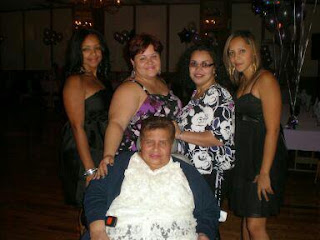 (I'm the one with the short red hair. :D )
Finally, last summer, I did something really drastic with my hair. I had it styled into a pixie haircut and dyed it blonde. I was tired of the reds and browns. I wanted a color that stated, “I am here. Look at me!” The cut and color had the effect I wanted but then it became evident that I was still not happy with my self-image. So, I decided to let it grow just a bit and my hair is now a deep auburn. I feel more comfortable as a redhead. Blondes remind me too much of the supermodels and recording artists that I will never become. Red seems a bit more realistic and puts me at ease. After all, we have to be comfortable in our skin and our hair.
So, does hair define you? I want to know. :D