From nothing to cats and then something and then rabbits

I can't think of anything to blog about.


Seriously, though. Nothing. Except maybe a picture of this cat I found: 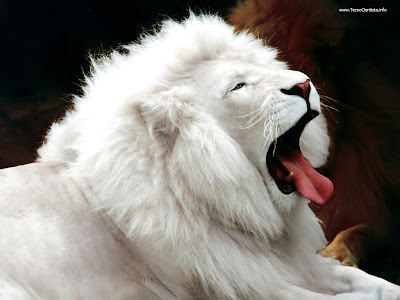 
I suppose I could write about... Nah. No, that's just stupid.

No, I said it was stupid!

Well, okay, but you're gonna think it's stupid.

I thought maybe I could say something about things that currently concern me.

I know that isn't necessarily stupid, but wait till you hear...

Oh, no, it's nothing like that. Not work or life or some such serious topic.

Haha, no, not yawning albino lions either.

Fine. It's trampolines. You know, for jumping on.

Well, I said it was stupid!

It's just that I see this trampoline from my window at work. Or rather, I see some kids jumping, and I'm assuming there is a trampoline under them (or they have some serious plyometric skills!). This trampoline, or rather, the garden it's in, looks like heaven to me. Where freedom rules. In addition to the kids and the trampoline there is frequently a white dog (or lion) running about there, looking like the happiest creature alive. I picture that there must also be butterflies, daisies and popsicles there, and the sun is always shining.

Yeah, I know. It's kinda stupid. Though I guess you could see my idealization of that garden as a product of my displeasure in "such serious topics". Not that I am all that displeased in work. My class today was okay, and the meeting thereafter useful. Grading of papers I could do without, but all in all I can't complain. As for life in general? Shouldn't complain there either. I have ups and downs, but my ups are mostly worth the downs, and the downs are nowhere near how far down they could be. If that made sense.

But it's not blog material. Rabbit: 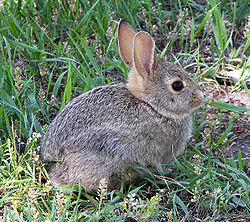 Posted by Cruella Collett at 1:44 PM

Yup. It's official. *loves Mari too*

I stuck it out through to the end and am now chuckling!