So... I'm plotting a book. It might be my fifteenth. Might be my sixteenth... sort of depends on whether I can't help myself starting... I had intended to only write books in June and November this year and to concentrate on EDITING the rest of the year because see... my HABIT is to write three books a year and editing two, and this has left me with an overly large editing stack. It's compounded by the fact that an edited book STILL isn't always READY, and must be RE-edited. GAH! Editing will be the death of me. So I don't want to talk about that. I want to talk about one of my VERY FAVORITE THINGS. 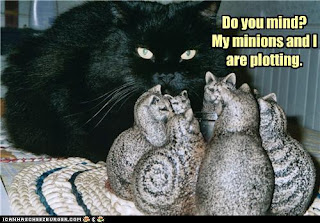 Plotting. Now I'm not an outliner. At least not exactly. The truth of the matter is I've used a LOT of different plotting methods, few of which will be found in text books. I've done character sketches. I've used story boards. I've nearly pantsed, knowing only a handful of plot details... And I've learned some stuff. FOR ME, how I plot depends largely on where the story needs to go. Some types of stories need tighter plotting than others. Like WHAT, you say? 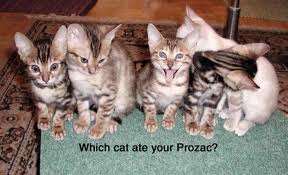 To write a 'fair to the audience' genre mystery, your audience needs enough information to solve the crime. (and also enough 'misleading', which is to say REAL, but not actually related to the murder, information that it isn't too easy.) This means you have a lot to keep track of. I think it is EASIEST to draw pictures... I generally have my VICTIM, then my list of SUSPECTS, then I come up with two clues for every single suspect. I try to ALSO have a little overlap... a clue that might hook to this or that suspect. See why pictures make this easier? 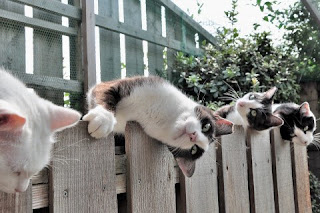 Another one I've plotted fairly extensively is one that is first in a series, not because THIS book is so complicated, but because I wanted to set up characters and scenarios that will be picked up LATER. This is more a 'folder' with notes for each book... not tons of them, but I looked at all future books as I wrote.

The book I am currently plotting has a lot of things I need to get RIGHT if I really want to do this. It's about a school shooting... the weeks leading up to it... who might or might not have been able to tell anything... the mistakes that are made, the care not received. It is just too important to get wrong. So what does careful plotting look like in these two latter cases? Expanding lists, mostly... I put the big details in order, then as small ones fall into place, I add them.

It has surprised me that I seem to plan MORE as I get farther into writing. I think some of it is that I tend to already be doing a project when ideas hit and I don't want to LOSE them, but I am determined to finish the project I'm already doing first. So the pending book nagging at me leads me to planning. I still can't do a fancy outline. I am too analytical and the result would sound like a thesis (and who wants to read THAT?) But I suspect I will continue to PLOT before I write...
Posted by Hart Johnson at 9:00 AM

Makes sense to me. Some stories do require a little more advance thinking (although I'm no fan of outlining, but if I do *some* plotting, I can make my writing go faster.)

I do plot, but my techniques seem to evolve with each book. But no matter which technique I use, I always allow for flexibility. You never know when something a character says or do will result in an extra scene that needs to be added.

I hear you on the revisions. They can be a pain but you are a pro at them now. :)

Elizabeth, I almost go SLOWER with more planning for the first draft, but it's more coherent, so less rewrite.

Stina-I am totally evolving, too. It really does change each time. Maybe because I keep genre hopping.

Chary-THANK YOU! I just keep writing... I manage about 3 first drafts a year (editing is more like 2, so i keep getting more behind)