I'm sure everyone's heard it at some point - "Wow, you look just like so-and-so, are you related?"  It might be a famous person, it might be somebody's high school friend, but despite the staggering variety of sizes, shapes and colours that humans come in, let's face it, everybody looks like somebody.

Do you ever wonder if identical twins just tune that out?  Or - whoa - wouldn't it be weird if a set of twins met another set of twins and they ALL looked alike?  I saw a guy walking down the street today who looked so much like Kit Harington that I actually double-checked to make sure he didn't have a white wolf with him (for those not up on their HBO, he plays Jon Snow in Game of Thrones and looks like this:)

So of course I immediately texted my buddy who thinks he's the hottest thing ever and told him to go hunting, so if some poor random dude finds a lovelorn Stark fan on his porch, oops, sorry.

Wanna know something really funny?  At one point, Tara and I were near-doubles for each other.  Seriously, no joke!  I can't find the pics that show it best, but here are some munchkin pictures of us: 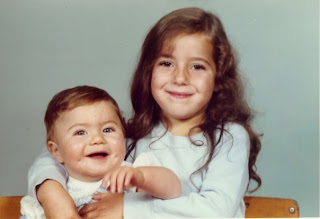 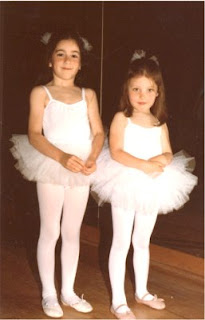 And here's one where we're all grown up (but not grown-ups, 'cause they're boring): 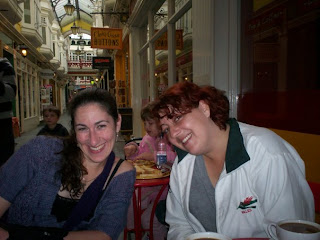 We look nothing alike anymore.  Strange, isn't it?


(Yup.  I swiped pics from Tara's and Tami's Facebook albums.  This is what happens when I forget it's my turn to post until 1 AM.  Oh well.)
Posted by ViolaNut at 12:00 PM

It's so funny how we were so alike when we were ickle! Awww!

I stole your pic. :-D I get kinda desperate when I can't come up with ideas quickly enough...

You are still alike. You are both crazy!!!