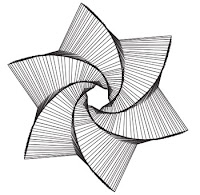 Say you're a teacher.

Say you're working with students.

Say you're a teacher for students and the class you're teaching is history.

Assuming these are the premises, you may also assume the following: there is something specific you want to teach them. The class should have a curriculum, and given that it is history it probably has a specified topic and time frame. "The French Revolution, 1789-1799." "The Development of the Nuclear Bomb, 1939-1945." "Wars and Conflicts, 1900-today."

In addition, the specificness of which you presumably want to teach, is tied to the craft of your profession: the historian. Because it is a craft, a set of rules, certain points without which you will not be able to perform your work properly. 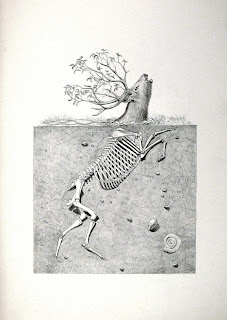 And then you have the Odd Bull (inside joke). The stray dog that breaks the rules, and plans to get away with it.

Granted, some do. Think Picasso.

The reason they can do that is that they know the rules. They know the craft. They have learned it, first, and then they derrive from it.

"Don't assume that the reader can follow you line of thought!"

"Never leave a quote hanging. Your interpretation of it, and your reasoning as to why it is important isn't obvious to the rest of us. If you cannot explain why the quote should be there, it shouldn't be there. If it doesn't express specifically something you cannot say just as well with your own words, you should say it with your own words."

Say you're a teacher. Say you're working with students. Say your work as a teacher is making your head so full of analysis and rules and academic upholstery that you have no desire to make sense anymore. Say that.
Posted by Cruella Collett at 12:42 PM

The only thing good about these kind of rules are breaking them :)

I always tell my students that they need to learn the rules so they understand how and when to break them. Seems to work. ;-)

I love this post! Then again, I am a teacher so I can totally relate. There are days that I wish there were no rules like when it's gorgeous outside and I want to teach class from a park bench or large park lawn. :D